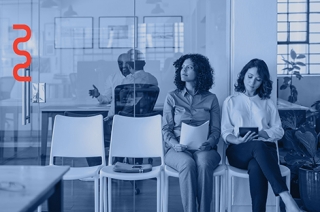 In the past few years of the Covid pandemic, many people have left or lost their jobs and sought out new ones. Who has succeeded and who hasn’t depends not only on merit and ability, but on who you know—word-of-mouth is one of the most common ways that people learn about and are encouraged to apply for jobs. And who you know typically reflects your gender, race, and other influential differences that in policy terms are markers of diversity. Examining the role gender plays in job recruitment and hiring can lead to a more diverse workforce that benefits both organizations and society.

On the Delve podcast, Desautels Faculty of Management Professor Brian Rubineau discusses new research that shows how gender is a factor in word-of-mouth recruiting, as well as in who applies for the job in the first place and who reapplies after they’ve been rejected. Some of his findings surprised him.

“On the one hand, more word-of-mouth recruitment was generating more integration, was desegregating the workforce,” says Rubineau. “But we were finding the strongest effects at the lowest levels of an organization. And thus the least strong effects at the highest levels of the organization. We were finding that to some extent the processes were still recreating a glass-ceiling phenomenon where women appear to have more barriers as they went to higher levels in the organization.”

The research findings show that gender differences contribute to women’s underrepresentation in certain industry sectors and at certain levels of an organization. Word-of-mouth recruitment can help promote diversity in organizations—if employees who are members of under-represented groups share job information in their social circles—but even so, the benefits of word-of-mouth are unequal across levels of the organization, with lower levels benefiting most from organizational diversity. Rubineau’s research also finds that gender differences in job reapplication are an important mechanism of gender segregation, but not in all contexts: when the rejection rates for a position are higher, gender differences in who reapplies increase, meaning that fewer women reapply.

For more insights on diversity, equity, and inclusion in job recruitment, listen to the Delve podcast interview and read the article with professor Rubineau on Delve.