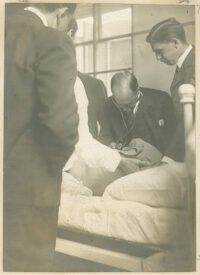 45th Annual Osler Lectureship: Policing The Womb In the Wake of the American Judiciary with Michele Goodwin, Chancellor’s Professor of Law, UCI 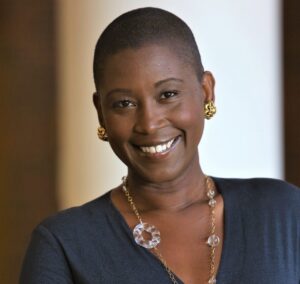 Our colleagues in the Department of Social Studies of Medicine hosted the annual Osler Lectureship: Professor Michele Goodwin, “Policing The Womb In the Wake of the American Judiciary.” Professor Goodwin addressed the rising tensions involving reproductive freedom in the United States. Starting with the recent Supreme Court decision in Dobbs v. Jackson Women’s Health, she exposed the errors in the decision and ultimately the opportunistic reading of American history by the Court’s majority. She turned to the current state of affairs in American reproductive health, including girls and women fleeing their home states to make it to safety or sanctuary states, but also how those efforts are being targeted and potentially criminalized. Professor Goodwin concluded by pointing out what’s next to ensure reproductive freedom for all persons. 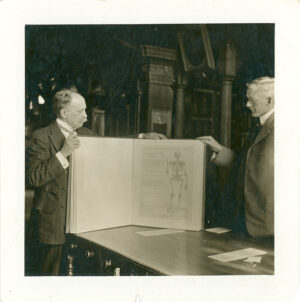 Other recent events and exhibitions Scholarship at the Source: Allister Neher on Art and Anatomy in Nineteenth-Century Britain.

Join us during Science Literacy Week for a discussion by scholar and author Allister Neher upon themes from his recent book, Art and Anatomy in Nineteenth-Century Britain. Dr. Neher will discuss how art and anatomy were closely tied during this era, with anatomists attending drawing classes and art students attending lessons in anatomy. Two of the three figures at the centre of Neher’s study are usually known for their connections to the medical world: John Bell was an anatomist and surgeon, and Robert Carswell was a pathologist. Charles Landseer, the third figure, was a famous artist who studied anatomy with Sir Charles Bell, John Bell’s younger brother. Some of their works, which are among the Osler Library holdings, will be on display at the library and will feature in Dr. Neher’s talk.

Watch the event on the McGill Library's Youtube Channel!

Cure Yourself by Electricity! Personal Electrotherapeutic Devices in Canada and Beyond c. 1880s-1930s Curated by Dr. Maia Woolner, Cure Yourself by Electricity showcases the history of portable electrotherapeutic devices during the end of the nineteenth century and the first decades of the twentieth century. Through objects, advertising, and print culture, the exhibit explores the relationship between electric technologies and the body, gendered medical consumerism, and health in popular culture. Featuring devices, texts, and images from the Osler Library of the History of Medicine and the Museum of Healthcare at Kingston, Cure Yourself by Electricity will delight viewers with its presentation of these peculiar devices.

Dr. Maia Isabelle Woolner is a historian and storyteller. Her work in the history of science and medicine investigates why we think the way we do about health and illness, and in particular, mental illness. With a focus on image-making, timekeeping, measurement practices, and patient narratives, her research seeks to connect the history of psychiatry and psychology to broader movements in culture and society.

Past exhibitions and presentations