Osler Library Exhibition | Curiosities of Conception; Selections from the Osler Library of the History of Medicine 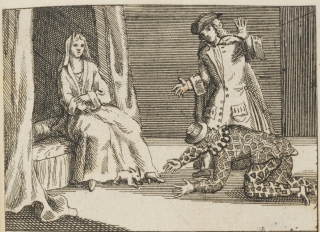 Drawing from the rich holdings of the Osler Library of the History of Medicine, Curiosities of Conception looks specifically at the ways that medical discourses have responded to and perpetuated the image of the monstrous maternal from the sixteenth to the twentieth centuries. It does so by bringing together medical texts revolving broadly around the topics of conception, childbirth, and parenting. While medical discourses did move to replace the mythology of the monstrous birth with the language of science and reason, this exhibition argues that they also actively participated in the cultural construction of female sexuality as aberrant and of the mother figure as monstrous.

Photo: Image of Mary Toft, called the "Rabbitbreeder", from Steevens, George. A Complete collection, of all the facts, both printed and manuscript, relating to Mary Tofts, the celebrated Rabbit Woman of Godalming (1726).