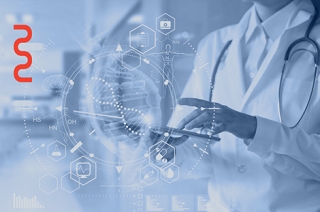 Social inequalities are responsible for the loss of millions of ideas and inventions over hundreds of years. This loss over time is measurable today in a decline in innovation, slowing economic growth, and repercussions on all sectors, from technology to health care. The gender gap among inventors affects what gets invented—and consequently who benefits from innovation.

On the Delve podcast, Desautels Professor John-Paul Ferguson investigates how women inventors may be more likely to patent inventions targeted toward women’s needs and interests, based on his research paper “Who do We Invent For? Patents by Women Focus More on Women's Health, but Few Women Get to Invent.” Joining the conversation to talk about their experiences are surgeon and McGill professor Dr. Lucy Gilbert, who developed the DOvEEgene genetic pap-test, and Negin Ashouri, CEO of FemTherapeutics, who developed a 3D-printed gynecological device. We ask how change in STEM patenting is happening today and what can be done to further support invention-based entrepreneurship by women, whose patents have the potential to change not only people’s lives but the future of what gets invented and by whom.

This podcast is brought to you by Delve, the official thought leadership publication of McGill University's Desautels Faculty of Management.