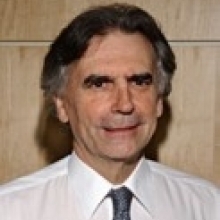 Dr. Andre Olivier has made outstanding contributions to neurosurgery and epilepsy treatment, and as an internationally recognized leader in epilepsy surgery, was sought out by patients from around the globe.

Dr. Olivier received his Bachelor of Arts in 1959 and M.D. in 1964 from the University of Montreal. He completed his Ph.D. (1970) at Laval University and was a Neuroanatomy Fellow at the Max Planck Institute in 1967. He also received a Diploma in Neurosurgery from McGill University in 1970, and became a Specialist in Neurosurgery at the Royal College of Surgeons of Canada in 1971.

Dr. Olivier has developed pioneering surgical technologies, including the OBT stereotactic frame, which greatly advanced neurosurgery standards and improved patient quality of life. It was using Dr. Olivier’s apparatus that the Department of Neurosurgery at McGill was the first in North America to use a linear accelerator for radiosurgical treatment of brain tumour and vascular malformation.

Dr. Olivier has also established a computer data base of over 1200 surgical procedures carried out for intractable epilepsies. The information includes follow-ups for patients treated by cortical resections, callosotomies, and selective neurosurgical amygdalohippocampectomies. In recent years, he wrote a book titled ‘Techniques in Epilepsy Surgery, the MNI Approach’, an invaluable resource in epilepsy treatment.

At The Neuro, Dr. Olivier served as McGill’s Neurosurgeon-in-chief for over two decades. He was also the William Cone Professor and Chairman of the Division of Neurosurgery at McGill University, as well as a past president of the Association of Neurosurgeons of the Province of Quebec. In 1977, he was presented a medal by Her Majesty Queen Elizabeth II, awarded to outstanding young Canadians on the occasion of the 25th Anniversary of Her Majesty's accession to the throne.