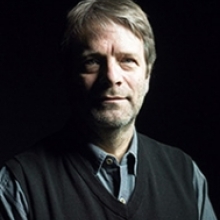 As a sophomore majoring in electrical engineering at Johns Hopkins University, he left in disappointment and has never looked back.  He joined McGill faculty as an adjunct professor in 1996, and in the fall of 2010 has joined the faculty full-time.

He designed, authored and presented the 1972 AES paper on the Parametric Equalizer and is regularly published in professional journals and trade magazines worldwide.

He was chief engineer of Europa Sonar Studios in Paris, France in 1973 and 1974, and also did freelance record engineering and equipment design in Europe during those years.

He chartered several electronics companies, most notably GML, INC (now GML, LLC) in 1982 to produce high-performance, high-resolution recording equipment. His notable developments are the parametric equalizer itself (now in its third generation in the digital domain), the third-generation moving fader automation system & other control systems for audio recording consoles, and reference-precision level detectors.

He is currently Adjunct Professor of Music Technology at Berklee College of Music in Boston, Massachusetts, and lectures at other colleges and universities, including Evergreen College in Olympia, Washington, University of Memphis, in Memphis, Tennessee and Tokyo National University of Fine Arts and Music in Tokyo.  He is Chairman of the Technical Council on Studio Practices for the Audio Engineering Society.  He is a member of the National Recording Preservation Board of the Library of Congress and an advisor to the Committee for Library Information Resources.  In 2004 he was made a Fellow in the Audio Engineering Society, and received the Gold Medal from the AES in 2008.

Along with Linda Ronstadt, Smokey Robinson, and Juan Luis Guerro he received and Honorary Doctorate from Berklee College of Music in May, 2009.

He has produced or engineered recordings for, among many others, Linda Ronstadt ,  Aaron Neville, Little Feat, James Taylor, Randy Newman, Lyle Lovett, Mary Chapin Carpenter, The Dixie Chicks, Billy Joel, Earth Wind and Fire, Natalie Merchant, Carly Simon and Michael Ruff. He has been nominated many times for the non-classical engineering Grammy (most recently in 2002 for Mary Chapin Carpenter). His projects have been nominated for Record Of The Year in several years, and has himself won three Grammies, one for Best Engineered Non-Classical in 1990, (for Linda Ronstadt's, “Cry Like A Rainstorm, Howl Like the Wind”), and for Best Producer (Children’s Record, Linda Ronstadt’s “Dedicated To The One I Love”); he was awarded the Recording Academy's Technical Grammy for 1997 for numerous contributions to the art and technology of the modern recording studio.  He also won the Academy of Country Music Record Of The Year for 1988 (for “The Trio”), and both the Mix Magazine Producer and Engineer Of The Year Awards for 1989 (for Little Feat), and Engineer Of The Year Award for 1991 (for Linda Ronstadt), and 1992 (for Lyle Lovett).  He delivered keynote addresses to the 50th anniversary of the Audio Engineering Society in New York in October 1997, to the 24th Conference on Multichannel Audio in Banff, Alberta in June 2003, and to the Surround Pro 2003 conference in Los Angeles, December 2003.  He guided the acoustical design and construction for Blackbird Studio C, a innovative, post-modern, acoustically-advanced (highly-diffuse) multi-purpose room for recording and mixing.