Abstract: Exciting new advances in the neuroimaging and neuropsychological literatures have allowed for a more precise understanding of the organization of brain regions supporting memory. These discoveries have provided a deeper understanding of the particular cognitive changes observed in healthy aging and dementia. For example, high resolution neuroimaging of the medial temporal lobe (MTL) has provided support for differentiation of function along the long-axis of the MTL. My work has also revealed how particular MTL subregions change with age and how they relate to performance on cognitive assessment in healthy older adults. I will demonstrate how work from our lab using novel behavioral and eye-tracking paradigms can reveal novel insights into the aging brain. My research uses these varied approaches, which can allow for the functional characterization of particular MTL subregions, as well as the analysis of broader brain networks that are structurally and functionally coupled with the MTL.

Bio: Rosanna Olsen has been a scientist at the Rotman Research Institute, Baycrest Health Sciences and an assistant professor in the Department of Psychology at the University of Toronto since 2015. She completed her undergraduate degree at the University of California, San Diego and her Ph.D. in Psychology at Stanford University. Dr. Olsen studies how the brain supports human memory and how these memory-related brain regions change as we age. She uses structural and functional neuroimaging as well as eye-tracking to better understand how memories are formed and later recalled. She has received funding from national and international granting agencies for her work. She also co-leads an international working group which is creating harmonized protocols for medial temporal lobe segmentation using in vivo MRI. 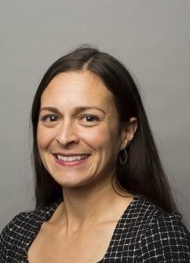 Related Links:
Registration
All recordings in the Feindel Virtual Brian and Mind Seminar at The Neuro
Last updated: 05/17/2022 - 11:40