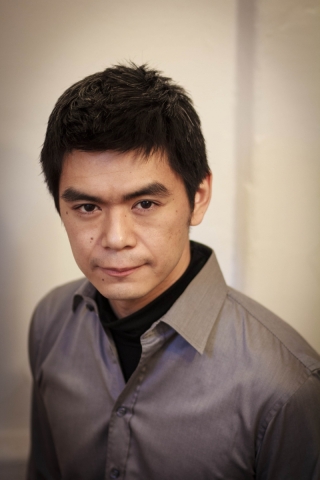 The Andrew Svoboda Prize for Orchestral Composition was created in memory of Andrew Svoboda (BMus’00, MMus’04), a promising composer who passed away suddenly in 2004. The prize seeks to recognize excellence in orchestral composition, encourage the creation of new Canadian orchestral works, and provide enriched pedagogical opportunities for student composers and performers through an annual commissioning prize of $5,000 for an orchestral piece to be premiered by the McGill Symphony Orchestra.

On November 23 and 24, 2018,  the McGill Symphony Orchestra will premiere Convergence, a piece written by Takuto Fukuda, winner of the 2016-2017 Andrew Svoboda Prize for Orchestral Composition. Born in Japan, Takuto is also a sound artist and gestural controller performer. His music centers around the theme of the social significance of the concept of a concert, and the gaps that a shared musical experience can bridge regardless of race, religion, or nationality. Currently a doctoral student in composition at the Schulich School of Music, his research focuses on the enhancement of liveness through various methods, most notably gestural control of music, interactive audiovisual installations, and game pieces.

In anticipation of the premiere of Convergence, we met up with Takuto to ask him a few questions about his piece.

What vision did you have for your piece and what do you hope it communicates to audiences?

I aimed to conjure a virtual corporeality from the orchestra. This vision originates from the question: how can my piece highlight the musicians’ collective effort? In my opinion, this is one of the beauties of an orchestral performance.

My piece aims to project a single sonic ‘titan’ through large-scale sonic gestures. Multiple contours moveup and down as a cluster, while containing their inner texture, so that the piece opens up a ‘space’ in which listeners can zoom their auditory focus in and out of, amongst the actions of every single performer, and the motions of the virtually conjured embodiment. I hope that this approach will increase audience engagement with the unique attribute of concerts—togetherness of the orchestra and audience.

How is Convergence similar and/or different to other works you have composed?

Although Convergence has the same objective as my other works, I approached it differently. My artistic goal has always been to contribute to creating a social platform which generates a shared reality among audience members, performers, compositions, and more. To do that, my pieces often aim to attract audiences to a concert by highlighting the inherent ephemerality of musical performances through technological means, usually with a focus on human-computer Interaction. Convergence however takes an opposite approach. There are no electronic instruments, no computers, and no loudspeakers in this piece. Only acoustic instruments are used. Yet, I would like to remark that the idea of virtual corporeality, which is central to this piece, is inspired by gestural controller research. Gestural controllers are often regarded as an extension of a performer’s body. In Convergence, the whole orchestra plays the role of a gestural controller, which emphasizes the motions of the imaginary embodiment. Thus, technological thinking is still present in my piece.

What should members of the audience listen for in the piece?

I would be glad if listeners are able to find some sort of ‘sense' from the entire unfolding of the piece. Rather than focusing on a particular part of the music, I encourage audience members to try to construct their own mental image of the composition.

Related Links:
Naama Neuman to perform Ibert's Concerto for Flute and Orchestra
Ilya Poletaev on Chopin: "The kinetic, the musical, and the emotional are all one"
Elie Boissinot wins the 2018-2019 Golden Violin Award
Last updated: 11/23/2018 - 10:18
Back to top
McGill University
Copyright © 2021 McGill University
Accessibility Sign in (site maintenance)