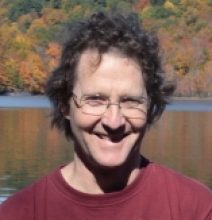 Congratulations to Prof. Stephen McAdams, who was awarded the Lifetime Achievement Award from the Society for Music Perception and Cognition (SMPC) on August 4, 2022. The Lifetime Achievement Award celebrates outstanding contributions from a researcher to the field of music perception and cognition, carrying with it a lifetime membership in the SMPC.

Prof. McAdams’ research focuses on auditory perception and cognition in everyday and musical listening. The primary emphasis of his research is on psychophysical techniques capable of quantifying relations between the properties of vibrating objects, acoustic signals or complex messages and their perceptual results. A long-term goal is to provide empirical data that will allow the integration of lower- and higher-level auditory processes. Current work is focused on developing a perceptually grounded theory of orchestration practice.

In his acceptance speech for the prestigious award, Prof. McAdams noted that he had finally found the perfect job at the age of 51 at the Schulich School of Music and went on to laud Canada for supporting research-creation. He went on to share how “it’s a recognition that reflects on the whole environment we work in” and expressed his gratitude for all the support McGill has provided over the 18 years he's been here.

And Schulich is equally grateful for his contributions to our community. As both a researcher and a dedicated pedagogue, Prof. McAdams is Professor of Music Theory and Music Technology at the School. Teaching courses such as MUMT250 (Music perception and cognition), MUMT616 (Timbre as a form-bearing element in music), and MUMT617 (Cognitive dynamics of music listening), Prof. McAdams shares his trailblazing research in his field with the next generation of incoming musicians, producers, sound engineers, and researchers.

Prof. McAdams' contributions at Schulich include turning the spotlight on fellow faculty and student research as co-curator of Research Alive. This fascinating lecture-series unveils what makes music so magical in the ears and minds of the listener through live performance and dialogue between researchers and musicians.

Prof. McAdams is also director of the Analysis, Creation, and Teaching of Orchestration (ACTOR) Project. The Project is an international partnership funded by the Social Sciences and Humanities Research Council linking North American and European orchestration practice and pedagogy, of which McGill is the lead partner. ACTOR involves an interdisciplinary team of composers, music theorists, musicologists, computer scientists, psychologists, signal processing scientists, sound recordists, and conductors who engage in the analysis, creation and teaching of orchestration in contemporary classical, popular, film and video game music. Seated in Schulich, the 7-year (2018-2025) Project aims to bring timbre and orchestration to the forefront of scholarship, practice, and public awareness through collaborations among world-class artists, humanists, and scientists. Through three central research axes exploring analysis, technological tool development and innovative outputs via pedagogy, scholarship, and composition, ACTOR encourages ground-breaking research and pilot projects by members and students.

Prof. McAdams is the Director of the Music Perception and Cognition Laboratory (MPCL) as part of the Music Technology area of the Schulich School of Music. The MPCL explores how listeners perceive musical sounds, how they comprehend a complex musical scene composed of sources, events, sequences, and musical structures and how they react emotionally to that scene. Using techniques of digital signal processing, mechanics, psychophysics, cognitive psychology, psychophysiology, cognitive neuroscience and music theory and analysis, the MPCL is at the forefront of music technology research. His lab’s research is funded by NSERC, SSHRC and the FRQSC.

We look forward to all the ways that Prof. Stephen McAdams will continue bringing music research to life.