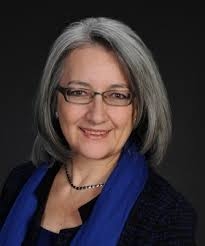 Martha de Francisco is an artist, but an artist whose work is to make the work of other artists sound great. Lend us an ear for a moment…

This classically trained pianist was born in Mexico to a Colombian family. Educated in Germany she has dedicated her professional life to becoming one of the world’s top recording engineer-producers for classical music. Quite an accomplishment, considering that music recording is an almost entirely male-dominated industry – only 5 % are women.

After an important career as a record producer and recording engineer in Europe, her professional skills make her one of the most sought-after producers in the world. Famous conductors such as Maestro Kent Nagano, organizations such as the New York Philharmonic Orchestra and world-class artists such as Anne-Sophie Mutter and Lang Lang have chosen her to record their music. De Francisco has credits on nearly 500 recordings, many of which have won prestigious awards. She is also a member of a select group of 12 audio producers whose recording services are in demand by classical music artists throughout the world. She is the only woman in the group.

De Francisco takes advantage of her international recognition to share her skills both with her graduate students at the Schulich School of Music of McGill University, where she is a professor since 2003, and at master-classes and lectures she gives internationally. For the last 10 years she has visited Mexico and South America almost every year to promote the vocation. Some young students, including several women, have followed the Masters of Music program in Sound Recording at McGill University and then returned to Ecuador, Colombia and Mexico to teach at the local universities.

Being a mother herself, even though she has travelled extensively for her career, de Francisco always encourages her students to follow their hearts and to never feel they need to choose between career and family. She believes that being a woman in a highly male-dominated profession, where job insecurity is the norm, is undeniably difficult. She is certain, however, that high-level professional skills and an open and engaging personality can make all the difference.

It is no wonder many artists have said that Martha de Francisco has a distinct signature sound. She believes that her unique sound is a heritage born from a rich musical culture, which she tries through her teaching and her work to impart as a legacy that transcends technology.