Congratulations to all who received prizes at the 24th edition of the Conseil québécois de la musique’s Opus Awards! Many of the laureates were from the Schulich Community, and we couldn't be prouder. The ceremony celebrated the inspired resilience of the Quebec music scene during the 2019-2020 season, which included musical projects presented both before and since the pandemic began.

Brian Cherney appointed to the Order of Canada

Being recognized "for his lifelong devotion to Canadian music, as an internationally renowned composer, educator and scholar", the Schulich School of Music congratulates Prof. Brian Cherney for this momentous appointment to the Order of Canada.

Read More
Classified as: Music in the News
Category:
Published on: 15 Jan 2021 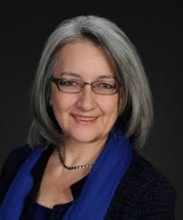 alcides lanza appointed as Member of the Order of Canada

Among this year’s new appointments to the Order of Canada was Schulich School of Music’s Professor alcides lanza. lanza was named as a Member of the Order of Canada for his “decades-long contributions to the contemporary music scene and for championing Canadian music here and abroad”. Renowned composer, conductor and pianist specializing in avant-garde repertoire, lanza was a Professor of Composition at McGill University from 1971 to 2014, as well as the director of the Electronic Music Studio at McGill from 1974 to 2003. 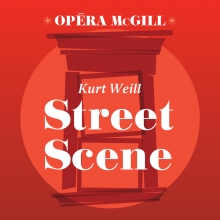 Opera McGill is proud to present Kurt Weill’s Street Scene. From January 31 to February 2, you can catch Opera McGill students, accompanied by McGill Symphony Orchestra musicians, at the gorgeous Monument National. Under the direction of Patrick Hansen and lead by conductor Brian DeMaris, our students bring Elmer Rice’s Pulitzer-winning play of the same name to life with true dramatic and musical spectacle. You won’t want to miss Street Scene, and here are 8 reasons why! 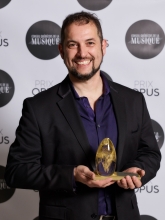 Congratulations to the many members of the Schulich community who brought home prizes from the twenty-third edition of the Opus Awards! The annual Gala was held this Sunday, January 19, 2020, and once again testified to the many contributions made by Schulich musicians to Quebec’s diverse and vibrant music scene.

The nominees for the 23rd Prix Opus were announced last week, and Schulich students, faculty, and alumni are everywhere on the list of finalists! Not only are they well represented in orchestras, choirs, and young artist programs in Montreal and across the province, but many appeared as featured artists on nominated performances, and a number of Schulich-founded and Schulich-led ensembles have been singled out as well.

Rebecca Henry (MMus 2012) enjoys an active career as both conductor and mezzo-soprano across North America. Her conducting spans opera, operetta, orchestral, and contemporary repertoire, and she recently completed the Linda and Mitch Hart Institute for Women Conductors at The Dallas Opera. Designed to further the careers of distinctively talented female conductors, the Institute is celebrating its 5th year with faculty Emmanuel Villaume, Carlo Montanaro, and Nicole Paiement.

Francis Choinière has been awarded the second annual Hnatyshyn Foundation – Christa and Franz-Paul Decker Fellowship in Conducting! Launched in 2017 in honour of the late conductor Franz-Paul Decker and his wife, Christa, this $15,000 fellowship is the result of a collaboration between the Schulich School of Music, the Decker family, and the Hnatyshyn Foundation, a charity founded by Canada’s twenty-fourth Governor General to support the development of young artists.

Congratulations to pianist Charles Richard-Hamelin (BMus 2011), who won two different awards as part of this year's ADISQ Gala—one for a recording with the Orchestre symphonique de Montréal and the other with Schulich professor Andrew Wan:

Over the past few weeks, performers, listeners, teachers, and professionals in the worlds of opera and classical music have been united in mourning the death of soprano Jessye Norman (1945 - 2019). Born in Augusta, Georgia (USA), she remains one of the world's most powerful and moving dramatic sopranos. She was one of the first and only Black singers to rise to international stardom in the opera and recital world, and she inspired several generations of young performers.

A highlight of the Quebec cultural scene, the Association québécoise de l'industrie du disque (ADISQ) Gala honours artists and music industry professionals who released standout recordings or were involved in remarkable productions over the last year. In advance of the main ADISQ Gala taking place on October 27, 2019, read below for a list of all nominees with a Schulich connection. Congratulations to all! 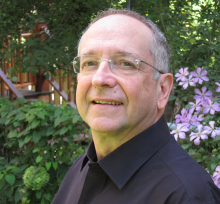 Congratulations to Prof. Peter Schubert, who was recently awarded the the Gail Boyd de Stwolinski Prize for Lifetime 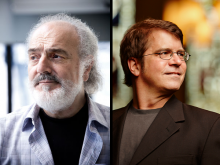 Schulich professors inducted into the Royal Society of Canada

Prof. John Rea and Prof. Hank Knox are among the latest inductees into the Royal Society of Canada (RSC), which includes nine McGill researchers and professors among the total of 93 new Fellows. Fellows in the RSC's Academies of Arts and Humanities, Social Sciences, and Science are elected by their peers for outstanding achievements in their fields — an extremely high honour.

Flutist Lara Deutsch is this year’s recipient of the $125,000 Mécénat Musica Prix Goyer 2019-20 Award for Collaborative Emerging Artist! Presented biennially in honour of Jean-Pierre Goyer and his contributions to music, arts, and culture in Montreal and the rest of Canada, the Mécénat Musica Prix Goyer is Canada’s largest classical music prize for emerging young artists.