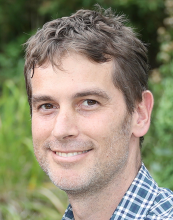 It saddens us to write that on the morning of August 6th, 2020 Stéfan Sinclair passed away in Montréal, Canada with family nearby.

Professor and Departmental Chair Jason M. Opal published an op-ed on Trump’s misguided ideas of Fourth of July in the Washington Post.

The Department of English is proud to recognize the following students who have been selected for the awards and scholarships listed below for the 2019-2020 academic year.

(The writing prizes are all determined by committees made up of professors in the Department of English, who review submissions with the authors’ names removed.) 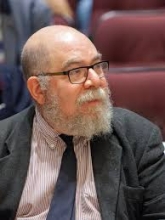 Daniel Weinstock, a founding member of the Lin Centre's faculty and a member of its Research Group on Constitutional Studies, has been appointed as the next holder of the Katharine A. Pearson Chair in Civil Society and Public Policy in the Faculties of Law and Arts. 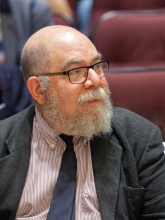 Dear members of the Faculty of Arts community,

On Monday, May 11th, the Provost announced that McGill University will be delivering its academic programs and courses for the Fall term, which will begin as scheduled in September.

Read More
Classified as: Faculty of Arts, Internal announcements
Category:
Published on: 12 May 2020

Dear members of the Faculty of Arts,

As we end the Winter 2020 semester, a semester like no other at McGill University, I’d like to wish you all the best for the exam period and the summer beyond. You have all demonstrated such goodwill and adaptability, and each one of you has been essential to keeping our big ship afloat and realizing the Faculty’s academic mission in this uncertain situation. 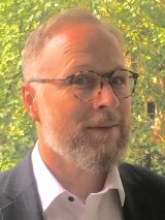 Dear members of the Faculty of Arts,

I’d like to take the opportunity to thank the entire Arts community for their patience and positive morale as we respond to the collective call to address the global pandemic of the Covid-19 virus. It has been a challenging two weeks of adaptation, Faculty of Arts is in a very good place as we respond to the impact of the novel coronavirus on our students, faculty, and staff.

Dear Members of the Faculty of Arts community,

We have all experienced a stressful week of adjustment and adaptation as we take action to face the COVID-19 global pandemic. While there is still much uncertainty and more change to come, I want to thank you all for your resilience and patience in these trying times.

Dear Members of the Faculty of the Arts,

We are in an unprecedented situation as the Faculty of Arts community at McGill University responds to the Quebec Government’s call to action to contain the propagation of COVID-19. All of us in the Faculty – students, staff, instructors, – are doing our part to comply in a responsible manner that ensures the reliable flow of information, so as to maximize the health and well-being of our communities.

Dear Members of the Faculty of the Arts,

The past few days have been stressful for you as the students, instructors, researchers and administrators who make up the Faculty of Arts community at McGill as we respond to the call to action to contain the propagation of COVID-19. This update is to reassure you that the Faculty and University are making every effort to do so in a responsible manner, and to summarize all of the information being communicated.

The Montreal International Poetry Prize is a not-for-profit, grassroots initiative centred on the art of the poem. It is open to poets from around the world and embraces the diversity of contemporary anglophone poetry. The prize is $20,000. 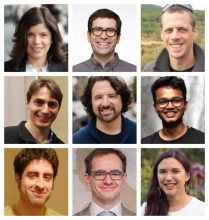 CIFAR today announced its newest cohort of Canada CIFAR AI Chairs, which includes nine researchers from McGill, bringing the total number of McGill researchers named to the program to 17. These top academic researchers are part of the $125 million Pan-Canadian AI Strategy, the world’s first national strategy of its kind. The Canada CIFAR AI Chair Program represents an investment of $30 million at nine universities, and mobilizes over 150 researchers across the country.

The latest group of McGill professors to join Mila as Canada CIFAR AI Chairs in the Arts are:

Music, including songs with words, appears to be a universal phenomenon according to a paper published this week in Science. An international team of researchers involving musicians, data scientists, psychologists, political scientists and linguists, including one from McGill University, reached this conclusion after five years of collaboration, bringing together a broad range of skills and tools to the question of whether music is universal.

Using broad datasets to arrive at deep conclusions about music