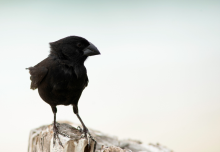 Using radio transmitters, scientists have gained new insights into the behaviour of medium ground finches in the Galapagos Islands. A study led by McGill University researchers reveals daily movement patterns covering an area equivalent to the size of 30 soccer fields. 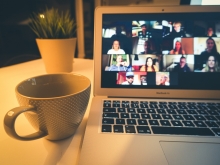 Milton Riaño, McGill’s Climate Change Artist-in-Residence, will curate the Faculty of Science’s Bicentennial Science/Art Exposition, billed as a “celebration of science in all its forms”.

The art show organizers are calling on all members of the McGill community to submit works in any medium, expressing what science means to them. 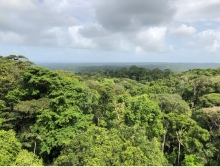 In a recent study in PLOS ONE, researchers from 6 different countries, including Camilo Alejo and Catherine Potvin of the Department of Biology at McGill University, examined the importance of Indigenous Territories in climate change mitigation across Panama and the Amazon Basin.

Researchers at McGill University have shown that a brain cell structure previously thought to be pathological in fact enhances cells’ ability to transmit information and correlates with better learning on certain tasks.

In a study published in Nature Communications, the team investigated swellings that occur in the axons of Purkinje cells in the cerebellum. In results that contradict established expectations, they found that axons with swellings did a better job of conducting electrical signals than those without. 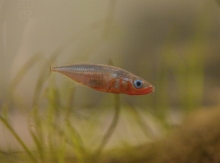 Which animals will survive climate change?

Climate change is exacerbating problems like habitat loss and temperatures swings that have already pushed many animal species to the brink. But can scientists predict which animals will be able to adapt and survive? Using genome sequencing, researchers from McGill University show that some fish, like the threespine stickleback, can adapt very rapidly to extreme seasonal changes. Their findings could help scientists forecast the evolutionary future of these populations. 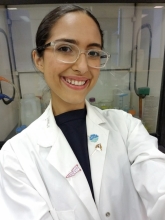 Vanier Scholar at the Museum!

Victoria Glynn, the public program representative from GARM (Graduate Association of the Redpath Museum), has won the prestigious Vanier Scholarship.

Henry Reiswig, the former Biology professor and curator of Invertebrate Zoology at the Redpath Museum, died on July 4, 2020. You can read his obituary here:

His daughter Amy says: "He died in his lab in the garage, with microscope slides on the warmer, doing what he loved: science."

The glyphosate-based herbicide Roundup has been found to trigger the loss of biodiversity among phytoplankton communities in freshwater ponds. In their experiments, scientists found that while some populations developed resistance to the herbicide and were able to survive exposure at high levels, this came at a cost, with a 40 percent loss in biodiversity.

"The ubiquitous presence of glyphosate in the environment has sparked concerns over its potential health and ecotoxicological effects," Andrew Gonzalez, from Canada's McGill University, said.