John Rea appointed as Member of the Order of Canada 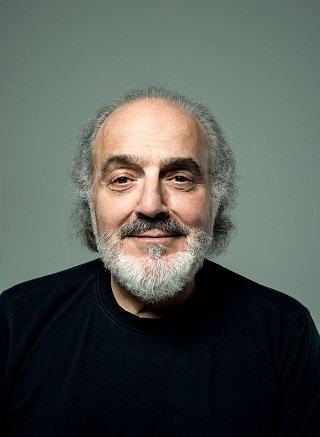 At the end of December, Governor General Julie Payette announced many new appointments to the Order of Canada, one of the country's highest honours. Among these is Prof. John Rea, who was named as a Member of the Order of Canada for his "musical creations and technical experimentations as a composer and a musicologist." A internationally renowned composer and educator, Rea has been on faculty at the Schulich School of Music since 1973, where he also acted as Dean between 1986-1991.

While congratulating Rea for this outstanding recognition, current Dean Brenda Ravenscroft described the profound impact that Rea has had on Schulich. "Professor Rea exemplifies these qualities and we are very proud of his long association with the Schulich School of Music and McGill University. Through his leadership, collegiality, and intellectual and creative prowess, he has inspired generations of students and colleagues, and has played a key role in shaping both the reputation and the future of the School."

During every musical season for the last number of years now, John Rea brings forth new and imaginative compositions. In 2009, he writes Beauty dissolves in a brief hour, music theatre for two sopranos and accordion, while in 2008, he wrote incidental music for two theatrical productions. The year 2007 saw the premiere of Singulari-T (Tombeau de Ligeti), for chamber ensemble. And in 2006, the Montreal Symphony Orchestra presented his violin concerto, Figures hâtives, a commission of the MSO; in 2005, first performances of Accident: Tombeau de Griseytook place in Paris and Montreal; in 2004, Lent Chagrin, for voice and piano.

Among other of his creative projects over the last few years: Schattenwerk, for two violins (2003); I do not know whether I was then a man dreaming I was a butterfly, or whether I am now a butterfly dreaming I am a man ([Man Butterfly] 2002), for 27 musicians and Disklavier (obbligato); Sacrée Landowska, music theater for actress/harpsichordist and eight musicians (2001); Music, according to Aquinas, for chamber choir (12 voices), two clarinets and cello (2000). Recipient of many awards, John Rea has been frequently commissioned and has written works in several genres: chamber music, music-theater, electroacoustic music, and compositions for large ensemble such as orchestra, ballet, choral, and opera.

Besides his activities as a composer, John Rea has lectured and published articles on twentieth century music and, since 1973, has taught composition, music theory and music history at McGill University where he served as Dean of the Faculty of Music (1986-1991), today the Schulich School of Music. Rea was also a founding member of the Montreal new music society, Les Événements du Neuf (1978-1989). Currently he sits on the editorial board for the French-language new music journal, Circuit : musiques contemporaines, and recently completed a long tenure on the artistic/programming committee of the Montreal concert organization, the Société de musique contemporaine du Québec.