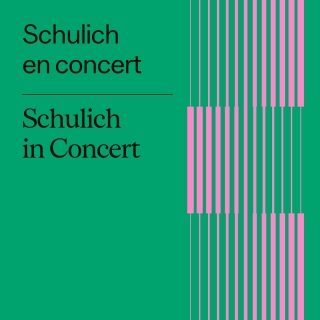 Hailed “explosive” by the San Francisco Classical Voice, German soprano Anja Burmeister Strauss has firmly established herself in the vocal profession as an extremely experienced and multifaceted performer, being equally at home in the Opera, Lied and Oratorio repertoire. Ms. Burmeister Strauss sang with Sacramento Opera, San Francisco Lyric Opera, Pacific Repertory Opera and the German companies of Luebeck, Kiel, Potsdam and Detmold.

In addition to opera, Ms. Strauss has performed a vast repertoire of sacred music, e.g. the Mozart’s Requiem for the September 11 Commemoration at Lincoln Center, New York. A passionate Lied Singer, Ms. Strauss has performed in recitals at Weill Hall at Carnegie Hall, the Goethe Institute in New York City, the Mozart Society of California, and at the Bach Festival in Roskilde (Denmark). Furthermore, she performed Schönberg’s “Pierrot Lunaire” with conductor Kent Nagano. She premiered the role of Mrs. Bennett in Kirke Mechem’s opera “Pride and Prejudice.

Anja Burmeister Strauss graduated from the Juilliard School in New York City and from the Musikhochschule Lübeck, Germany. In addition to her active performing career, she teaches at McGill University’s Schulich School of Music, Université de Montréal and the Conservatoire de musique de Montréal, and works as a German Diction Coach for the San Francisco Opera, Houston Grand Opera, the Marlboro Music Festival and the Los Angeles Philharmonic.

Collaborative pianist Kerry Agnew has extensive experience as a coach and performer working with musicians of all ages. Kerry received her Masters of Music and Graduate Diploma in Collaborative Piano from McGill University. While in Montréal, Kerry has been an integral member of the Opera McGill team as a student and later as staff répétiteur on Riders to the Sea, Lucia di Lammermoor, Candide, Albert Herring, Die Zauberflöte, La Clemenza di Tito, Street Scene, Acis and Galatea, and Un Giorno di Regno.

Equally comfortable in many musical roles, Kerry has experience coaching, teaching, directing, conducting, and producing works in addition to performing both on stage and in the pit. After completing her Bachelor of Music and Bachelor of Education at the University of Saskatchewan, Kerry taught high school and university music courses in her hometown of Saskatoon. There, she maintained an active performing and coaching schedule in addition to directing yearly Musical Theatre productions. Kerry toured internationally with the Saskatoon Children’s Choir, and performed locally with the University of Saskatchewan Greystone Singers, and the Saskatoon Symphony Orchestra and Chorus, and Saskatoon Opera. She is an original member and past musical director for Little Opera On the Prairie.

Kerry has participated in several programs as pianist and coach both in Canada and abroad, including The Franz Schubert Institute, Opera Nuova, MusikTheatre Bavaria, The Contemporary Opera Lab, St. Andrews By The Sea Vocal and Opera Workshops, Barachois Summer Academy, and Against The Grain’s Summer Intensive. Kerry currently freelances in Montréal, where she works with performers of all ages including students at McGill University, the National Theatre School, and several high schools and Cégeps.