Get to know Associate Professor David Schumacher, who teaches in the McGill Desautels Master of Management in Finance, in a new Q&A. He discusses his research on institutional investment, his teaching style, his love of road biking and more!

Retirement systems around the world, from public pension plans to private funds, are weathering a storm of ultra-low bond yields that threaten not only adequate returns for pensioners but the sustainability of the systems themselves. Designing retirement systems that are resilient to low yields requires balancing risk with resilience and innovative approaches.

First awarded in 2007 and generously supported by Paul Desmarais, Jr., the Desmarais Faculty Scholar Awards are given in three year cycles to leading Desautels finance researchers.

Putting QE in the rearview mirror

With the winding down of Canadian quantitative easing policies, announced recently by the Bank of Canada’s Governor Tiff Macklem, Professor Sebastien Betermier comments on the effects of rising bond yields on pension plans. Yields across the Canadian economy currently remain at historically low levels due to inflation and supply shortages amid the COVID-19 pandemic. 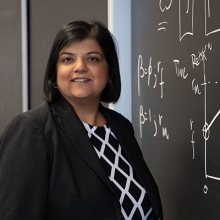 Eleven Desautels alumni have banded together to establish a new student award in honor of Professor of Practice Sujata Madan. Rather than being based on academic merit, the scholarship will be awarded to students who demonstrate outstanding collaboration, empathy, kindness, and respect toward their peers and wider communities.

Delve: A Digital Currency for the Public by the Public

Could a Central Bank Digital Currency ensure privacy and transparency for every transaction? A new model of digital currency by Desautels Professor Katrin Tinn proposes a secure yet anonymous “asymmetric privacy” alternative to cash, traditional bank transactions, and cryptocurrency. “A public institution is in a better position to design a digital currency that has the correct incentives,” says Tinn.

Congratulations to Sebastien Betermier, Associate Professor of Finance, whose paper “What Do the Portfolios of Individual Investors Reveal About the Cross-Section of Equity Returns” is the Winner of Best Paper in Asset Pricing and Market Microstructure at the 2021 Northern Finance Association (NFA) Meeting.

Over the last ten years, cash payments have been in a free fall and experts predict that by 2030, they could make up for just 10% of monetary transactions.

Reaching for yield or resiliency? Explaining the shift in Canadian pension plan portfolios

Going green in the concrete jungle

Professor Sebastien Betermier and his co-researchers published a paper on financial and environmental solutions for sustainable urban development. Canadian pension funds are doing something right, and they outline strategies for other funds and investors to follow suit. 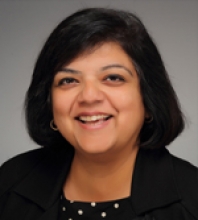 The Desautels Faculty of Management is pleased to announce that Professor of Practice Sujata Madan is the recipient of the 2021 Academy of Finance Excellence in Teaching Award. This prestigious award is given annually to recognize excellence in teaching, to encourage teachers to share experiences that have led to them becoming great educators and how they continue to improve their teaching skills.

The rise of passive fund investments

Professor Laurent Barras joins the hosts of RikaTillsammans, a Swedish podcast and video series that provides followers with weekly financial insights. In this episode, Professor Barras discusses his research on the correlation between manager performance and fund performance. Whether a fund is actively or passively managed, its success does not necessarily reflect the skill of the manager, he finds.

In a Q&A for the Montreal Gazette, Professor Sebastien Betermier takes a closer look at the terms and metrics related to the funding status of a pension plan. The growth rates and termination costs of a fund, he emphasizes in the piece, largely depend on the type and risk level of assets owned.

Canada emerges as a leader in green bonds

Canadian retirement pensions are shaping up to be global leaders in issuing green bonds, or funds designated for environmental initiatives. Professor Sebastien Betermier views Canada’s commitment to sustainability as an advantage over other countries in growing both pensions and sustainability projects in the long term.

Hard reality: Why Canada’s pensions are blazing a trail in green bond issuance 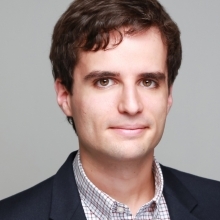 At the end of 2020, a creditor consortium led by Catalyst Capital became the new owner of Cirque du Soleil only months after the famed circus producer made a failed bid for bankruptcy protection. While Catalyst Capital has been plagued by controversy in the past, according to a new investigative article from La Presse, it offered a way out for a company that has endured a catastrophic year.