Alberta politician who is spreading conspiracy theories could become premier 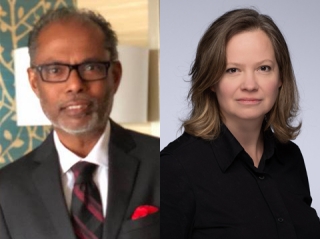 Danielle Smith is running for the leadership of Alberta’s United Conservative Party, and could become Alberta’s next premier. But Smith is campaigning on a platform that includes internet conspiracy theories. In a newsletter, she cautioned that Canada’s currency could be replaced with an international common digital currency, and the federal government could use it to “punish and reward” Canadians. But that’s not very likely, according to Mo Chaudhury, an Assistant Professor of Finance at Desautels. This type of conspiracy theory assumes that governments and central banks work together, but the two function independently. “By and large, central banks do not take orders from federal governments,” Chaudhury says. He posits that the scenario Smith lays out could only happen if central banks ceased being independent of the federal government. Assistant Professor of Finance Katrin Tinn also suggests models for CBDC to strike a balance between the privacy and usefulness of a digital currency.