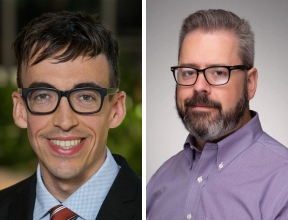 Gig economy platforms like Uber, Upwork, and TaskRabbit, where workers can earn income by performing multiple short-term jobs for many different clients, hold great promise and great peril: promise because of the potential flexibility they give workers and the value and convenience they create for clients, and peril because of how they threaten the employment security of those same workers. We know that many gig-work companies seem poised to reap large profits, but we know far less about how the typical worker fares in the gig economy. We will be surveying gig-economy workers in Montreal and Toronto, in order to answer several basic questions, including whether and how much gig workers move across different employment platforms; whether and how they move between gig work and more formal employment; what types of different tasks they perform on various platforms; and what level of interaction they have with other gig-economy workers.

Prof. Corritore is principal investigator with Prof. Ferguson as co-investigator on this grant.