Delve: Why digital currencies could change the future of central banking 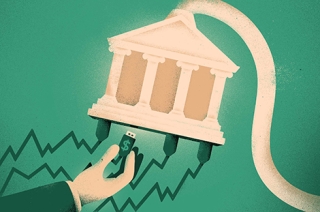 Central Bank Digital Currencies (CBDC) represent a possible next step in the technological evolution of banking and the financial intermediation sector, with advances in privacy, fraud protection, and efficiency—but their roles and risks on the high-tech path forward are only now becoming clear.

Some of the world’s largest economies are considering issuing a Central Bank Digital Currency, a digital form of a country’s currency that could be used to make online and mobile payments, and many smaller countries have already adopted one. Issued by a central bank, CBDCs could provide features that other forms of payment can’t, including superior privacy protections and anti-money laundering features.

Academics, policymakers, and private sector experts recently debated the future of CBDCs at the Desmarais Global Finance Lecture on the topic of “Central Bank Digital Currencies and Alternative Payment Systems” at the Desautels Faculty of Management. Speakers included head of the Toronto Centre of the Bank of International Settlements Innovation Hub Miguel Díaz and Stanford Professor Darrell Duffie.

“We wanted to bring together a variety of perspectives,” says Katrin Tinn, a Desautels professor of Finance who specializes in digital currencies and co-organized the event with the director of the Desmarais Global Finance Research Centre and Desautels professor, David Schumacher.

“Many central banks are considering issuing a CBDC, but they have not made their decisions yet,” says Tinn. “We wanted to have opinions from Canada and the United States represented, as well as international ones to bring in a global view of what a CBDC could be.”

For research-based insights on the future of Central Bank Digital Currencies, read the Delve article.