How HIV affects the brain 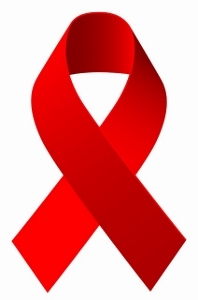 December 1 is World AIDS Day, a time to raise awareness about a disease that has afflicted 70 million people worldwide, 35 million of whom have died as a result.

When most people think of AIDS, they generally do not think of a neurological disease, yet HIV infection can have an important impact on brain function. Untreated, HIV can cause severe dementia. Modern anti-viral treatment has made that grim outcome very uncommon, but up to half of fully-treated patients continue to report milder trouble with their memory and concentration. Even higher rates have been documented in those over the age of 50, a rapidly expanding group at the frontier of existing knowledge about the combined effects of aging and longstanding HIV infection. This cognitive impairment can affect the ability to work, to engage fully in social and family roles, and to manage the medications required to treat the HIV infection. We do not understand what is causing these cognitive difficulties, nor do we know how best to treat these problems. We don’t know how these symptoms relate to mental health problems, such as depression, which are also common in these patients.

Researchers at the Montreal Neurological Institute and Hospital at McGill University and the MUHC, together with a team of investigators at other universities and clinics across Canada and in Australia are conducting a major study to better understand the effects of HIV infection on brain health. The study considers brain health as a whole, encompassing both neurological and mental health. 850 people living with HIV have volunteered for the study, and are undergoing regular cognitive testing over three years, along with detailed assessments of their general health, mood, day-to-day function and quality of life. The project is also testing several possible treatments to improve brain health, ranging from exercise, to computerized cognitive training, to treatment of sleep problems. The goal is to determine if people living with HIV given these interventions think more clearly, and function better, which will help health practitioners make more specific recommendations to improve brain health in the future.  This research in older people with HIV may also teach us more about the factors that lead to brain changes and memory loss in the general population.

“While we wait for the outcome of our study, we recommend that people living with HIV take particular care of their brain health: stop smoking, get regular exercise, and enough sleep,” says Lesley Fellows, an MNI neurologist and the study’s lead investigator. “Minimize drugs or alcohol that might slow brain function. Eat a healthy diet with lots of vegetables, whole grains and fish. Stay mentally active and engaged, whether at work, in a volunteer role, or through a hobby or social group. These are recommendations for everyone, but we think they are especially important steps to take if you live with HIV.”