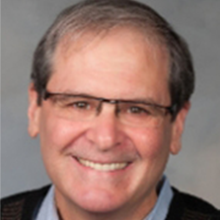 William Caplin completed undergraduate studies in music composition at the University of Southern California and graduate studies in the history and theory of music at the University of Chicago (working with Leonard B. Meyer, Edward E. Lowinsky, Philip Gossett, among others). He pursued additional studies in musicology at the Berlin Technical University with Carl Dahlhaus. He has been teaching at McGill University since 1978; he was appointed James McGill Professor of Music Theory in January 2005 and reappointed in 2012.  In 2011, he was awarded a two-year Killam Research Fellowship from the Canada Council for the Arts for the project “Cadence: A Study of Closure in Tonal Music.” In 2015, Caplin was elected a Fellow in the Royal Society of Canada (Academy of Arts and Humanities).

Caplin specializes in the theory of musical form. His extensive investigations into formal procedures of late-eighteenth-century music culminated in the 1998 book Classical Form: A Theory of Formal Functions for the Instrumental Music of Haydn, Mozart, and Beethoven (Oxford University Press), which won the 1999 Wallace Berry Book Award from the Society for Music Theory.  A textbook version, Analyzing Classical Form: An Approach for the Classroom (Oxford University Press), was published in November 2013

Caplin, along with James Hepokoski, and James Webster, has co-authored the 2009 book Musical Form, Forms & Formenlehre: Three Methodological Reflections (ed. Pieter Bergé), which includes the essays originally presented at the plenary session on Formenlehre at the 2007 European Music Analysis Conference in Freiburg, Germany, as well as newly written commentaries and responses.

Caplin’s article “The Classical Cadence: Conceptions and Misconceptions,” appeared in the Spring 2004 issue of The Journal of the American Musicological Society and was awarded the 2006 Prix Opus for Article of the Year from the Conseil québécois de la musique. Other studies on musical form have been published in Eighteenth-Century Music, Beethoven Forum, Musiktheorie, The Journal of Musicological Research, Tijdschrift voor Muziektheorie.

Caplin has also undertaken research in the history of music theory. His most notable study in this area, “Theories of Musical Rhythm in the Eighteenth and Nineteenth Centuries,” appears in The Cambridge History of Western Music Theory, ed. Thomas Christensen.  He has published other essays on the history of theory in Music Theory Spectrum, Journal of Music Theory, Theoria, and Zeitschrift für Musiktheorie. New investigations in the domain of melodic theory appears in the chapter “Schoenberg’s ‘Second Melody,’ Or, ‘Meyer-ed’ in the Bass,” in Communication in Eighteenth-Century Music, eds. Danuta Mirka and Kofi Agawu.

Recent papers presentations by Caplin include “Beyond the Classical Cadence:  Thematic Closure in Early Romantic Music,” read as a keynote address at the Second Internation Meeting of the Russian Music Theory Society, Moscow, September 2015; "Fantastical Forms: Formal Functionality in Improvisational Genres of the Classical Era,” read at the conference “Musical Improvisation in the Age of Beethoven and the Open Forms,” sponsored by the Fondazione Giorgio Cini, Venice; “The ‘Continuous Exposition’ and the Concept of Subordinate Theme” (co-authored with Nathan Martin), read as the opening keynote address at the Seventh International Conference on Music Theory, “Musical Form: Mapping the Territories,” Tallinn, January, 2013; and “Teaching Classical Form: Strict Categories versus Flexible Analyses,” read at the Music Theorist in Residence Program, Dutch-Flemish Society for Music Theory, Amsterdam, December, 2012. He has given numerous workshops, seminars, and guest lectures throughout North America and Europe.

Caplin served as President of the Society for Music Theory from November 2005 to November 2007. In March 2015, he was the Robert M. Trotter Visiting Professor at the School of Music, University of Oregon; In March, 2008, he was Visiting Professor at the University of Rome-Tor Vergata.  He co-chaired the 2004 Mannes Institute of Advanced Theoretical Studies, where he led a workshop on "Exposition Structure in Beethoven's Piano Sonatas: A Form-Functional Approach." Caplin serves on the editorial boards of Eighteenth-Century Music, Indiana Theory Review, Rivista di Analisi e Teoria Musicale, and Eastman Studies in Music.

Caplin’s research has been supported by major research grants from the Social Sciences and Humanities Research Council of Canada and by the Canada Council for the Arts.

He regularly teaches courses in tonal theory and analysis, nineteenth-century analysis, tonal composition, history of theory, as well as various seminars and proseminars in music theory.