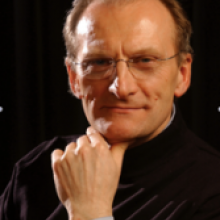 Professor Wieslaw Woszczyk is an internationally recognized audio researcher and educator with leading expertise in emerging technology trends in audio. He holds the James McGill Professor Research Chair position and a full professorship, and is the founding director of the Graduate Program in Sound Recording, co-founder of McGill Records (with Paul Pedersen and Donald Steven), and founding director of the CIRMMT Centre for Interdisciplinary Research in Music Media and Technology established in 2001.

He was the Director of the Graduate Program in Sound Recording during 1978-1998, Chair of the Department of Theory (1998-2001), Director of CIRMMT Centre (2001-2004), and is currently Director of McGill Recording Studios and of the Laboratory of Virtual Acoustics Technology at the Schulich School of Music of McGill University. He has contributed to the concept, design and realization of the New Music Building containing one of the world’s most advanced music recording and research facilities.

He is the author of McGill Virtual Acoustics Technology, co-producer of The Virtual Haydn Project, principal member of the Open Orchestra research team, and of McGill Ultra-Videoconferencing Research Group.