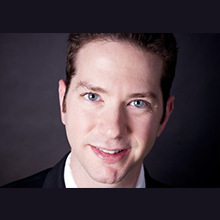 Todd Cope is currently the Principal Clarinet of l’Orchestre symphonique de Montréal. Prior to joining the OSM he was a member of the Vancouver Symphony Orchestra and the New World Symphony in Miami Beach, Florida. Todd graduated from the College-Conservatory of Music at the University of Cincinnati where he studied with Richie Hawley. He also completed a Professional Studies Certificate at the Colburn School where he studied with Yehuda Gilad. Other teachers include Carmine Campione, Greg Raden, and Deborah Ungaro Fabian. As a concerto soloist, he has performed with the New World Symphony, the Music Academy of the West and the Eastern Music Festival Orchestra, among others. His solo performances have been featured on NPR’s Performance Today and From the Top with host Christopher O’Riley. In addition, Todd has performed with the Sun Valley and Gran Teton Summer Symphony Orchestras, the Scottish Chamber Orchestra, and has held fellowships at the Aspen and Eastern music festivals, the National Repertory Orchestra, the Music Academy of the West, and the American Institute of Music Studies in Graz, Austria.