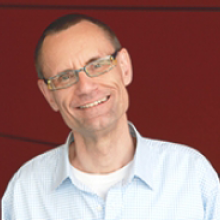 Steven Huebner's research focuses on French and Italian music of the nineteenth and early twentieth centuries. His work covers a wide variety of methods and approaches, including studies in music sociology and politics, opera analysis and criticism, and reception history and edition making. Huebner is the author of three books--The Operas of Charles Gounod (Clarendon, 1990), French Opera at the Fin de Siècle: Wagnerism, Nationalism, and Style (OUP, 1999), Les Opéras de Verdi. Éléments d’un langage musico-dramatique (Presses de l’Université de Montréal, 2016)--and over sixty single-authored scholarly essays. Articles and reviews have appeared in such journals as Nineteenth Century Music, Journal of the American Musicological Society, Revue de musicologie, Cambridge Opera Journal, Music and Letters, Journal of the Royal Musical Association, The Journal of Musicology as well as in many essay collections in English, French and Italian. Recent titles include “Ravel’s Politics,” “Édouard Dujardin, Wagner, and the Origins of Stream of Consciousness Writing,” and “Francis Poulenc’s Dialogues des Carmélites: Faith, Ideology, Love.” Huebner has contributed a large number of entries to The New Grove Dictionary of Opera, The New Grove Dictionary of Music, MGG, and regularly writes essays for the program books of opera houses around the world.  He has edited two essay collections: Debussy's Resonance (with François de Médicis, University of Rochester Press, 2018) and Artistic Migration and Identity: Paris, 1870-1940/Migration artistique et identité: Paris, 1870-1940 (with Federico Lazzaro, Peter Lang, 2020). His work has been funded by several large grants from the Social Sciences and Humanities Research Council and he is a past winner of the Prix Opus (2000) and Westrup Prize (2002). From 2007-2014, Huebner was co-editor (with Suzanne Aspden, Oxford University) of Cambridge Opera Journal, the leading international journal for research and criticism in the field of opera studies. He has served as a member of the editorial board of the Journal of the American Musicological Society and an associate editor of Verdi Forum. He was Program Committee Chair for the national meeting of the American Musicological Society at Nashville in 2008.  More locally, Huebner was president of the Société québecoise de recherche en musique from 2010 to 2014 and a founding fellow of the Institute for the Public Life of the Arts and Ideas (IPLAI) at McGill.  He has been a member of the Observatoire interdisciplinaire de création et de recherche en musique (OICRM), affiliated with the Université de Montréal, since 2008 (oicrm.org).

Huebner has advised theses and dissertations on a wide range of nineteenth- and twentieth-century topics. The topics of recently graduated doctoral advisees include: Nietzsche's impact on Mahler (Leah Batstone), nineteenth-century Russian imperialism as reflected in the relationship of its musicians to central Asian culture (Adalyat Issiyeva); and a sociological study of the singing profession in nineteenth-century Paris (Kimberly White).  Current advisees are working on: representations of Rome in Italian opera, the aesthetics of singing in France at the beginning of the twentieth century, and Mahler’s intellectual milieu.  Subjects of recent seminar offerings include the operas of Verdi, music and comedy, Ravel, and musical exoticism. Huebner teaches a wide range of undergraduate courses.  In winter 2007, he participated in a teaching exchange with French colleague Jean-Paul Montagnier where he taught a full semester at the Insitut de musicologie, Université de Nancy (France).

Huebner's Ph.D. was granted by Princeton University in 1985; since then he has taught at McGill University, where he is currently a James McGill Professor (musicology). In 1989-1992 he served as Chair of the Department of Music Research, a period of substantial expansion, administrative reorganization, and curricular development in this sector of the Schulich School. Initiatives included the creation of an undergraduate program in music technology, the development of the BA in music, a complete revision of the music education program, a restructuring of graduate student financing, the reorganization of the delivery of core theory courses, the creation of a minor in music history for performers, and the institution of an "Art of Listening" course sequence.