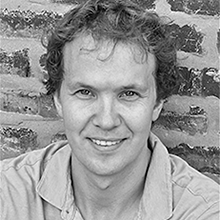 It is unusually fortunate when one figures out what they want to do with their life, but when that person is a 9 year old child who accidentally inherits a converted player piano from his new neighbors (because the instrument wouldn’t fit through their front door), it is magic. From the auspicious moment that Stephen Hargreaves sat down before that humble instrument, his love for music began. With no musical background of his own and none in his family, Stephen’s parents recognized his passion and engaged a local teacher to introduce him to the technical aspects of learning music. Stephen quickly dove into exploring music of all genres. He spent hours captivated by diverse composers spanning centuries, rapidly absorbing their languages. He sight-read and mastered piece after piece and it soon became clear that, in order to continue to progress, Stephen needed to find a conservatory based high-school. Having added horn a few years after the piano, his parents lovingly packed him (and his smaller instrument) and moved him to the Walnut Hill School for Performing Arts just outside of Boston.

Walnut Hill provided a strong base that readied Stephen for his collegiate years at Indiana University where Stephen chose to major in horn as a student of the acclaimed Myron Bloom and continued his piano studies with Reiko Neriki. After passing out of many of his freshman year core requirements, he needed additional credits and registered for an accompaniment class. Stephen was assigned to play for legendary soprano Martina Arroyo’s singers and quickly found himself enamored with the vocal repertoire. In his third year at Indiana, Stephen played for Ardo Opera’s performance of Turn of the Screw and this experience shaped the direction of his life moving forward. During Stephen’s senior year, he managed to accompany 40 recitals (including performing his own horn recital), perform a Barber of Seville, and left during the school year for a month to work professionally with Dayton Opera. He graduated with honors.

As a recitalist and collaborative pianist, Stephen regularly performed at Preston Bradley Hall (Chicago) and the Richard Bradshaw Amphitheatre (Toronto). In 2014, he released a solo piano album, Variations on 1930, a collection of colorful virtuosic works composed around 1930. Collaboratively, he has accompanied singers including Anita Rachvelishvili, Samuel Ramey, Clémentine Margaine, Janai Brugger, and Jonathan Beyer. He also has toured extensively with Hudson Shad, a five voice quintet with piano, throughout the US, Germany and Macau. Hargreaves is an active harpsichordist, playing continuo for operatic productions at companies including Santa Fe Opera, Canadian Opera Company, Brooklyn Academy of Music and Chicago Opera Theater. He also is known for leading from the keyboard, conducting Ricky Ian Gordon’s Orpheus and Euridice and Jake Heggie’s Three Decembers from the piano for Chicago Opera Theater, le nozze di Figaro from the fortepiano for Opera Omaha as well as numerous productions for Opera McGill. He has created performing editions of two operas - a full edition of Chevalier de Saint-Georges’ L’amant anonyme as well as an eleven instrument reorchestration of Bluebeard’s Castle. Based in Montréal, he is currently an associate professor at McGill, the music director of Opera McGill and the recipient of the Schulich School of Music 2021-2022 teaching award.