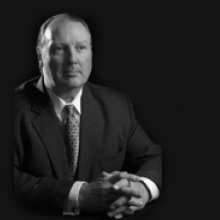 Internationally recognized as one of the leading tenors of his generation, Stefano Algieri has sung in many of the world’s major Opera Houses, and with major Symphonies in New York, Berlin, Vienna, Paris, Prague, Amsterdam, Leipzig, Washington, D.C., Chicago, Toronto, and Montreal.

Born and raised in New Jersey, Stefano Algieri’s early musical training was steeped in the tradition of Gregorian Chant from ages seven to thirteen. Early Voice training was with Everett Engstrom, followed by Maestro Carmine Gagliardi (Student of Pasquale Amato) at the Manhattan School of Music (M.Mus. & B.Mus.) in New York City; he was coached by Fritz Kramer (Student of Alban Berg), Joseph Braunstein (Student of Arnold Schoenberg), Anton Coppola, Nicolas Flagello (Student of Vittorio Giannini), Nicholas Granitto and Thomas Grubb (Student of Pierre Bernac). Upon graduation he studied Voice in New York privately with Maestri Richard Torigi and E. Randolph Mickelson, and Joan Dornemann, Coach. Stefano Algieri continued his Voice Studies with Maestra Dina-Maria Narici (Student of Fernando de Lucia) in Montreal, the teacher of his late-wife, the great Bulgarian-Canadian Contralto, Mariana Paunova. It was his 3 years of study with Maestra Narici and the 25 years with Maestra Paunova, until her passing in 2002, that Stefano Algieri refined his Vocal Art as a performer, collaborator and as a teacher. Both he and Maestra Paunova taught the Art of Bel Canto, continued their singing careers, and raised their two children.

Among the works on the Orchestral Concert Stage in North and South America, Stefano Algieri has performed Beethoven (Symphony No. 9), Mendelssohn (Symphony No. 2), Verdi (Requiem), Mahler (Symphony No. 8), Schoenberg (GURRELIEDER), Elgar (THE DREAM OF GERONTIUS) and Britten (WAR REQUIEM). A Recitalist, he has collaborated with Pianists Kyoko Hashimoto, Durval Cesetti and Michael McMahon in the works of Bach, Vivaldi, Mozart, Beethoven, Rossini, Bellini, Schubert, Schumann, Duparc, and Sibelius in North America, South America and Japan. In 2016 he sang the World Premiere of Chris Harman’s Poema del cante jondo (Garcia Lorca), a work written for him.

Stefano Algieri has recorded AIDA, NORMA and LA FORZA DEL DESTINO with the BBC and DON CARLO with the CBC.

In 2003 Professor Algieri was invited to join the Faculty at McGill University’s Schulich School of Music. He is most fortunate to have, and to have had, talented Students assuming the mantle of this Tradition, many of whom who have gone on to win National and International Voice Competitions, receive International engagements with Symphonies and Opera Companies, and join Young Artist Programs. Many of his Students have been the recipients of major Scholarships and Grants at Schulich School of Music.

Stefano Algieri continues his international career as a Singer, Teacher and Lecturer. It is with this life-long passion dedicated to the Tradition of the Art of Singing, through Technique, Musicianship, Style, Language, and Stagecraft, that he meets, and mentors his Students as individuals. With careful attention to the detail, and with the reference to noted Colleagues at the Schulich School of Music, Stefano Algieri mentors his Students in helping them to discover their own unique Voices, and their own unique Spirits. Encouragement is given to his Students to think creatively and critically, thereby equipping those with the tools that they will need to teach themselves as successful and fulfilling Artists and individuals.

Due for release in the Spring of 2022, Stefano Algieri is the author of a Vocal Treatise:
The Art of Bel Canto / A Dramatic Approach to the Lyrical Art of Singing

In 2012 Dr. Marcel A. Desautels, in whose honour the Desautels Faculty of Management at McGill University is named, instituted, through his love of singing and his friendship, The Mariana Paunova and Stefano Algieri Scholarship in Voice at the Schulich School of Music in honour of these distinguished Artists.