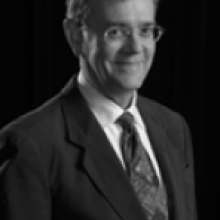 Assistant Professor of violin, Richard Roberts is currently serving as concertmaster of the Montreal Symphony Orchestra. Prior to his Montreal appointment, he was for eight years assistant concertmaster of the Cleveland Orchestra under conductor Lorin Maazel. Mr. Roberts received his early violin tutelage with the distinguished teacher Norman Carol, and at the age of seventeen, made his debut as soloist with the Minneapolis Symphony Orchestra in Lalo's Symphonie Espagnole with Stanislow Skrowaczewski conducting. He then pursued studies at Indiana University where he studied violin with Josef Gingold, and chamber music with Janos Starker and William Primrose. He has appeared in solo and chamber music recitals in Canada, South America, Australia, the United States, and Europe, as well as performances with the orchestras of Minnesota, Toronto, Detroit, Cleveland, Montreal, and many others. He has performed the entire cycle of Bach's Sonata and Partitas for violin alone at the Cleveland Institute of Art, and was a frequent lecturer in the Cleveland Orchestra pre-concert lecture series. As a teacher, Richard Roberts has served on the faculties of the University of Minnesota, the Cleveland Institute of Music, and the Conservatoire de Musique du Quebec.  The 2017-18 season will see Prof. Roberts performing on stages in Japan, Canada, the United States, and Brazil.  He also serves as an editor for Ovation Press.