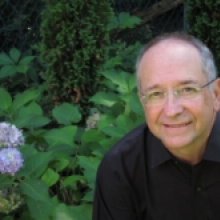 Peter Schubert came to Montreal from New York City, where he founded and directed Opera Uptown and The New Calliope Singers, a group renowned for its commitment to modern music during its fifteen-year career. The group presented over fifty premieres and released a critically acclaimed CD entitled "New Cantatas and Madrigals."

Since 1991, he has conducted the highly respected Montreal-based group, The Orpheus Singers. Under his direction, the group has placed as a finalist several times the CBC Competition for Amateur Choruses, winning first prize in the chamber chorus category in 1996. The Orpheus Singers has presented premieres of several new Canadian works and participated in a CD of the musical compositions of Freidrich Nietzsche.

In 1998, Peter Schubert founded VivaVoce, a professional vocal ensemble, to stimulate interest in choral chamber music ranging from the Renaissance to the day before yesterday. By presenting unique, interactive "commentated concerts" in schools and concert halls, VivaVoce delights and entertains it audiences of all ages, instilling in them a deeper understanding of their musical heritage.

Schubert holds a Ph.D. in musicology from Columbia University, which gives him a rich base on which to draw for his commentated concerts. Currently an Associate Professor at the McGill University Faculty of Music, Schubert is the author of a groundbreaking and highly regarded textbook, Modal Counterpoint, Renaissance Style (Oxford University Press, 1999). With colleague Christoph Neidhoefer he also co-authored Baroque Counterpoint (Prentice-Hall, 2005).

Peter Schubert studied conducting with Nadia Boulanger, Helmuth Rilling, Jacques-Louis Monod and David Gilbert and has been assistant to Gregg Smith and Agnes Grossman. He has published an edition of Renaissance Noels as well as his own innovative arrangements of five popular Christmas carols with C.F. Peters.

A five part video series: Singing on the Book