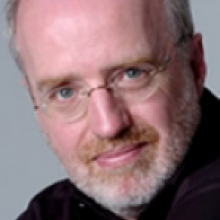 Pianist and vocal coach Michael McMahon studied at McGill University with Charles Reiner. With the aid of the Canada Council for the Arts, he completed his studies in Vienna at the Franz Schubert Institute and the Hochschule für Musik und darstellende Kunst, and in Salzburg at the International Summer Academy held at the Mozarteum. During this time, he studied with such legendary artists as Erik Werba, Hans Hotter, Elly Ameling, Jörg Demus and Kim Borg. Michael McMahon maintains an active performing schedule. He has performed throughout Canada, Europe and the USA with singers such as Catherine Robbin, Karina Gauvin, Lyne Fortin, Dominique Labelle, Wendy Nielsen, Annamaria Popescu, Maureen Forrester, Richard Margison, Nathan Berg and Kevin McMillan, earning him the reputation of being a "luxury partner." He has been a guest artist with such organizations as Les Violons du Roy, L'Opéra de Montréal, Les Grands Ballet Canadiens, the Ladies Morning Musical Club, Société Pro Musica, CBC McGill, the Women's Musical Club (Toronto), the Wexford Festival, the André Turp Society and Debut Atlantic. At McGill, where he is currently an associate professor, Michael McMahon teaches in both the Voice and Piano areas. He has led the very popular Song Interpretation class with baritone Jan Simons since 1984. He also teaches English and German diction for singers and is a vocal repertoire coach. In addition to his duties as Professor at the Faculty of Music, Michael McMahon has had a long association with Atelier lyrique de L'Opéra de Montréal and the Banff Centre for the Arts, where he has worked regularly as a vocal coach. Many of the singers and pianists that he has coached are working in major opera houses around the world. He is often asked to be an adjudicator for competitions and has also given master classes for singers and pianists across the country. He has made numerous broadcast recordings for the English and French networks of the CBC, as well as for the BBC, RBTF, Radio Suisse Romande and Radio France. With four Juno nominations to his credit, his recordings for the Marquis, CBC Records and Analekta labels have met with critical acclaim.