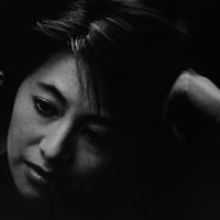 Melissa Hui joined the Schulich School of Music of McGill University as Associate Professor of Composition in 2010. She was born in Hong Kong and immigrated to North Vancouver, BC, at the age of eight. Her composition mentors include Jacob Druckman, Martin Bresnick, Earl Kim, Morton Subotnick and Mel Powell.

Melissa is a founding member of the Common Sense Composers Collective whose goal of exploring alternative ways of conceiving, developing, and presenting new musical works has resulted in collaborations with American Baroque, Dogs of Desire (of Albany Symphony), Essential Music, New Millennium Ensemble, Meridian Arts Ensemble, and most recently, the Cecilia and Afiara string quartets of Canada.

With compositions released on CRI, Naxos, UMMUS, Santa Fe New Music, and Nisapa, her solo disc, And blue sparks burn, appears on the Centredisc label. Recent projects include commissioned works for the Ensemble Contemporain de Montréal, the Cecilia String Quartet, and an opera, Pimooteewin, based on a Cree myth and sung in the aboriginal language for Soundstreams Canada.

She is the recipient of a Guggenheim fellowship (1997) and a Fromm Foundation commission (2000) as well as the grand prizewinner of the CBC Radio Young Composers Competition and the du Maurier/Winnipeg Symphony Orchestra competition. In addition to composer residencies at Marlboro and Yellow Barn Music Festivals, Dr. Hui served on the composition faculty at Stanford University (1994–2004) before relocating to Montreal.

Initially inspired by the haunting music of the Mbuti in Central Africa and Japanese gagaku court orchestra, Melissa strives to create a personal music of ethereal beauty, intimate lyricism and raucous violence. She is also guided by her interests in the perception of time and the function of memory.

Schulich School of Music faculty since 2010.