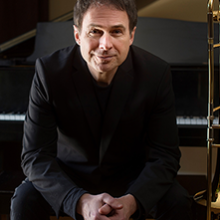 Mark has composed music for television, the Canadian Museum of Civilization and the software industry, as well as producing numerous independent recordings.

Mark has taught jazz trombone, jazz piano, theory and arranging for many years and has served as an adjudicator and clinician at music festivals throughout Canada.