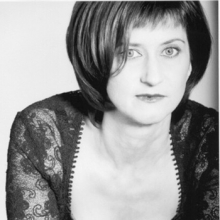 Known for her sensitivity and enthusiasm, Louise Pelletier has led a dynamic and remarkable career as a pianist, accompanist and vocal coach. For over 20 years, Mrs. Pelletier has held the position of accompanist/vocal coach at McGill University’s Schulich School of Music and has often served as a rehearsal pianist for Opera McGill. A faithful and devoted accompanist, she has worked in the voice studios of Bill Neill, Thérèse Savadjian, Winston Purdy, Joanne Kolomyjec, Lucille Evans, Michael Meraw, Yolande Parent, Catherine Sévigny, Marie Daveluy, Sanford Sylvan, Stefano Algieri and Dominique Labelle.

Having a vast knowledge of both recital and operatic repertoire, Louise is often called upon as an official pianist for competitions, auditions for Young Artist programs and various summer training programs. She is an official pianist for the Canadian Music Competition as well as the International Stepping Stone Competition and serves as an official pianist for the Canadian Opera Company auditions in Montreal. She is also regularly hired by the Jeunes Ambassadeurs Lyriques to play auditions and gala concerts. She has served as accompanist at the American Institute for Musical Studies (AIMS) in Graz, Austria and for several years been an important part of the Canadian Vocal Arts Institute (CVAI) in Montreal, serving as coach and accompanist, alongside Joan Dornemann and many notable teachers from New York’s Metropolitan Opera. While still being an active member of the CVAI faculty, for the past two years, Louise has also been the vocal coach and in charge of the scenes program at the Cincinnati College-Conservatory of Music’s Summer Opera Studio. As a member of the faculty of CCM’s Summer Opera Studio, she has played for the voice classes of William McGraw and Joyce Miller, as well as staging rehearsals for directors Vernon Hartman and Vince Degeorge. Other stage directors she has worked closely with include Renaud Doucet, Patrick Hansen and François Racine.

She collaborates with many of the major orchestras across Quebec, such as l’Orchestre Symphonique de Laval, l’Orchestre Symphonique de Longueuil, the McGill Chamber Orchestra, the Festival de Lanaudière and the Orchestre Métropolitain, and has occupied the positions of répétiteur, pianist, and harpsichordist for choral works, symphonic works and operatic works. A versatile and highly sought-after colleague, she has worked with many leading conductors, including Jean-Philippe Tremblay, Jean-Marie Zeitouni, Véronique Lacroix, Julian Wachner, Jean-Francois Rivest, Agnès Grossman, Marc David, Boris Brott, Miklos Takacs and most notably, Yannick Nézet-Séguin. Her close relationship with Maestro Nézet-Séguin was one that first developed over a period of 6 years at the Choeur de Laval, and they then went on together to the Orchestre Métropolitain, where Louise continues to serve as the pianist for the choir. Other musical projects with Yannick Nézet-Séguin include Hänsel and Gretel in a collaboration between Théâtre sans fil and the Orchestre Métropolitain, as well as Pélléas et Mélisande at the Opéra de Montréal.

A passionate advocate for the importance of education, Louise Pelletier has taught piano at the University of Quebec in Montreal (UQAM) and the CEGEP Vincent d’Indy. As a coach, Mrs. Pelletier’s goal is to combine musical development with human development. It is important that she seek out what is unique to each student, and that she understand their personality, in an effort to unlock the key to their personal development. The vast array of experience she has acquired allows her to tap into the many facets required to develop a strong musician and allows her to provide every student with a solid foundation, as well as the heart that is necessary to make music. She maintains a close collaboration with each of her students, assisting them not only in their musical education and aesthetic awareness, but accompanying them on a journey to becoming well-rounded artists. She works closely with every individual, building a repertoire specific to their personality and skill set, and accompanies them in lessons, coachings and travels with them to competitions throughout Quebec and Canada. Many of her students have gone on to win prizes at the Festival de Musique du Royaume, Festival de Musique Clermont-Pépin, Concours de Musique du Choeur de la Montagne, Concours de Musique de la Capitale, National Music Festival, and the Canadian Music Competition. In addition, several of her students have gone on to international success, performing on the many stages across the world today, such as the Canadian Opera Company, the Metropolitan Opera, Covent Garden, the Vienna Staatsoper, the Vienna Volksoper and La Scala.

Louise Pelletier holds a double Bachelor’s degree in Teaching and Performance as well as a Master of Music in Piano Performance. She further pursued her studies with Nina Svetlanova in New York City. Several apprenticeships in Canada, the United States and Europe have rounded out and completed her training. Studies in accompaniment and vocal coaching with Jacqueline Richard were instrumental in her career and have helped shape the pianist, vocal coach and teacher she is today.