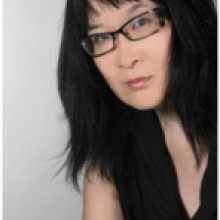 A legendary pianist and a teacher, Gyögy Sebök described Kyoko Hashimoto's “extraordinary musical talent” as “one of the finest of her generation”.

Kyoko Hashimoto was born in Tokyo and began to study the piano at the age of three. After graduating from the Toho-Gakuen School of Music in Tokyo, she studied at the International Menuhin Music Academy, Indiana University and the JuilliardSchool. She received full scholarships from the MenuhinAcademy and the JuilliardSchool. Among her teachers were György Sebök, Menahem Pressler, György Janzer, William Masselos, György Sandor, Felix Galimir, György Kurtág and Ferenc Rados.

Ms. Hashimoto was awarded numerous prizes such as the 1st grand prize and the public prize at the Concours International de Musique Française, the top prize at the Concours Musical de France, and the special prizes at the Budapest International Music Competition and at the Spohr International Competition. She has recorded many times for TV and radio all over the world including a series of 20 works by Beethoven for Dutch radio. She has been a frequent performer for CBC (Canada) and BBC (UK) and in 2012, her concert performance of a Schubert Impromptu was selected alongside recordings by Edwin Fischer, William Kapell and Wilhelm Backhaus for a programme of 'Great Schubert Performances' in the BBC “Spirit of Schubert" marathon. She has also made more than twenty CD-recordings, including the early piano pieces (all the Preludes+4 pieces) by Messiaen, 34 piano pieces by Schumann, the 24 Preludes, Op. 11 by Scriabin combined with the 24 Preludes, Op. 34 of Shostakovich, 4 Impromptus, D.935 by Schubert, 12 Preludes Book II by Debussy as well as a disc containing the C minor Partita by Bach, variations by Beethoven, 16 Waltzes by Brahms, the Dance Suite by Bartók and Mazurkas by Blumenfeld, and one presenting 8 Mozart solo pieces which was highly acclaimed by critics and chosen for the "critics' choice" by the magazine 'Record Geijutsu' in Japan.

She is Professor of Piano and Coordinator of Piano Area at McGill University in Montreal , Canada , and was on the piano faculty and the chamber music faculty of the Utrecht Conservatory in Holland for 12 years. She has been invited many times as a visiting professor at the European Mozart Academy in Poland and in the Czech Republic and at the International Chamber Music Academy in the Czech Republic . Many of her students are pursuing active career in performance and teaching all over the world, and in chamber music, she has coached world's notable artists such as Janine Jansen (Vn), Alexei Ogrintchouk ( Ob ) and Charles Richard-Hamelin (Pf). She has been invited as an International Jury member for many competitions such as the Gina Bachauer International Piano Artists Competition (USA), CMC Stepping Stone Competition (Canada), Montreal International Piano Competition (Canada), Piana del Cavaliere International Piano Competition (President of the Jury, Italy), YAMAHA Benelux Competition (the Netherlands) and International Maj Lind Piano Competition (Finland) . She has been the Artistic Director of the International Music Workshop and Festival (IMWF) in the Czech Republic , Germany and Portugal since 2004. She has also given master classes in France , Austria (including Universität Wien, Mozarteum, Salzburg ), Switzerland (including Haute Ecole Genève, Hochschule der Künste Bern ), Canada (including UBC, University of Calgary , etc.) , the Czech Republic , the U.S.A. (including the Castleman Quartet Program every year since 2002, Carnegie Mellon University . Depaul University, University of Nevada, University of Miami, etc.), Belgium (including Royal Conservatory Brussels), Holland, Germany (Including Universität der Künste, Berlin, Hochschule f'ür Musik Hans Eisler Berlin, Hochschule Köln, Freiburg, Lübeck, Freiburg, Trossingen and most of major schools), Taiwan (including Taipei National University of the Arts and National Taiwan Normal University), Brazil, China (including Beijing Central Conservatory of Music), UK (including Royal College of Music, Guildhall School of Music and Drama), Mongolia (Mongolian State Conservatory), Malaysia, Finland (including Sibelius Academy, Savonlinna Academy), Thailand (Mahidol University), Portugal, Montenegro, Israel (including Jerusalem Academy), Korea and Japan.