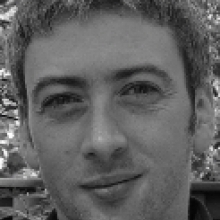 Jon Wild is a music theorist whose current research includes analysis of late nineteenth- and early twentieth-century repertoires, focussing both on the chromaticism of late tonality and on early atonal works; speculative compositional theory (often incorporating a mathematical and/or computational approach) and transformational theory; tuning issues, both historical and creative; sixteenth-century vocal music and history of theory; and computer-assisted analyses of large corpuses of music, including a large-scale study of evolving harmonic idioms in western popular music.

As a composer he is especially sought after for vocal and choral works. He has been composer-in-residence for the Hilliard Ensemble, who have performed his music widely.

As a undergraduate Jon attended McGill, pursuing degrees in music (composition) and physics. He undertook his doctoral work at Harvard under the supervision of David Lewin. He is a member of the Editorial Board of the Journal of Music Theory, and in 2012 he joins the Journal of Mathematics and Computation in Music as reviews editor.