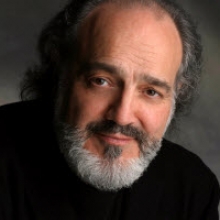 During every musical season for the last number of years now, John Rea brings forth new and imaginative compositions. In 2009, he writes Beauty dissolves in a brief hour, music theatre for two sopranos and accordion, while in 2008, he wrote incidental music for two theatrical productions. The year 2007 saw the premiere of Singulari-T (Tombeau de Ligeti), for chamber ensemble. And in 2006, the Montreal Symphony Orchestra presented his violin concerto, Figures hâtives, a commission of the MSO; in 2005, first performances of Accident: Tombeau de Grisey took place in Paris and Montreal; in 2004, Lent Chagrin, for voice and piano.

Among other of his creative projects over the last few years: Schattenwerk, for two violins (2003); I do not know whether I was then a man dreaming I was a butterfly, or whether I am now a butterfly dreaming I am a man ([Man Butterfly] 2002), for 27 musicians and Disklavier (obbligato); Sacrée Landowska, music theater for actress/harpsichordist and eight musicians (2001); Music, according to Aquinas, for chamber choir (12 voices), two clarinets and cello (2000). Recipient of many awards, John Rea has been frequently commissioned and has written works in several genres: chamber music, music-theater, electroacoustic music, and compositions for large ensemble such as orchestra, ballet, choral, and opera.

Besides his activities as a composer, John Rea has lectured and published articles on twentieth century music and, since 1973, has taught composition, music theory and music history at McGill University where he served as Dean of the Faculty of Music (1986-1991), today the Schulich School of Music. Rea was also a founding member of the Montreal new music society, Les Événements du Neuf (1978-1989). Currently he sits on the editorial board for the French-language new music journal, Circuit : musiques contemporaines, and recently completed a long tenure on the artistic/programming committee of the Montreal concert organization, the Société de musique contemporaine du Québec.