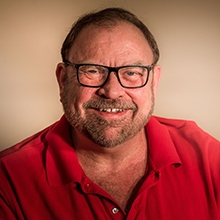 On the concert stage, he has been engaged for Beethoven Symphony No 9, Verdi Requiem, Orff Carmina Burana, Mahler Symphony No 8 and Das Lied von der Erde on countless occasions, but also for Janacek’s Glagolitic Mass, Schoenberg Gurrelieder, and Elgar’s Dream of Gerontius.

Mac Master brings a wide and varied experience to his teaching. He began singing Acadian folksongs in the French language schools he attended in Moncton, and later would lead rock bands, and become a cantor and church musician in Roman Catholic parishes in Montreal, Toronto and New York. Choral music was and remains a passion: Iwan Edward’s St. Lawrence Choir, Wayne Riddell’s Tudor Singers and five years as a professional chorister in Lotfi Mansouri’s Canadian Opera Company were all foundational. Onstage he also sang leading roles in musical theatre at Winnipeg’s Rainbow Stage, the Shaw Festival and in Phantom of the Opera in Toronto and on Broadway.

His recordings include Beethoven Fidelio and Symphony No. 9 with the London Symphony Orchestra; von Weber’s Euryanthe with the Polish Radio Orchestra; Love for Three Oranges on Chandos; the world premiere recording of Langgarrd’s Antikrist (Danachord) and Handel’s Berenice on the Newport Classic label.

Appointed Assistant Professor in The Schulich School of Music at McGill University in 2016, he taught previously at Western University in London ON, and is committed to sharing his knowledge and love for this great art with a new generation of performers and scholars. A graduate of Loyola CEGEP, Concordia and McGill Universities, this appointment to the Schulich School of Music marks a welcome return to this city he loves, and where he has enjoyed a long and fruitful relationship with L’Orchestre Métropolitain and L’Opéra de Montréal.