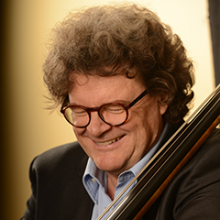 For over thirty years, Juno Award winning Joel Quarrington has served as the Principal Double Bassist of many ensembles including the Canadian Opera Company, the Toronto Symphony, the National Arts Centre Orchestra and the famous London Symphony Orchestra.

He is a Professor at the Conservatoire de musique de Montreal and is a Visiting Artist of the Royal Academy of Music in the U.K.