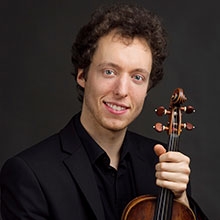 Dorian Bandy is a musicologist and performer specializing in the 17th, 18th, and early 19th centuries. His academic work focuses on Mozart (with a particular emphasis on improvisation, the performer-composer relationship, and the Da Ponte operas), Beethoven, German instrumental music c.1660-1720, and Lieder c.1780-1840. In addition, Dorian's interests encompass various issues in aesthetics and the philosophy of music (including the work concept, meme theory, musical meaning, and the philosophy of historical performance), as well as philosophical artworks more broadly (especially Stephen Sondheim's musicals). His writings on these and related topics have appeared in publications ranging from leading academic journals to blogs such as violinist.com and aestheticsforbirds.com. He is a member of the Re:Enlightenment collective.

Alongside his academic work, Dorian maintains a career as a conductor, baroque violinist, and historical keyboardist. His repertoire spans four centuries, and his performances — acclaimed for their vitality, drama, and warmth — have taken him to venues across Europe and North America, including London’s Wigmore and Cadogan Halls, Amsterdam’s Concertgebouw, and New York’s Symphony Space.

Before joining the faculty at McGill, Dorian taught at the Royal Conservatoire of Scotland and the Norwegian Music Academy in Oslo.