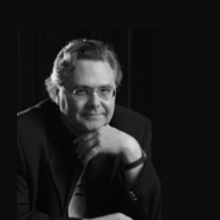 Denys Bouliane was born in 1955 in Grand-Mère, a small town in the Province of Quebec. His first musical experiences occurred in the 1960s playing guitar in an amateur rock band. After studies in a liberal arts college he began his first musical training in 1972 at Laval University (Quebec City) where he studied piano and violin and completed a Master’s degree in composition in 1979. With grants from both the Quebec and Canadian governments he first attended in 1980 the Darmstadt Summer Courses, settled down in Cologne and then continued his studies with György Ligeti at the Hochshule für Musik in Hamburg from 1980 to 1985. He has lived primarily in Cologne between 1980 and 1991 and has shared his time between Montréal and Cologne from 1991 to 2008. He now lives in the village of Carignan on the Richelieu River.

Bouliane has been Composer-in-Residence at the West German Radio (WDR) in 1990-91, at the Orchestre symphonique de Québec from 1992 to 1995, at the Heidelberg Philharmonisches Orchester in Germany in 1996-96 and at the National Arts Center Orchestra in Ottawa between 2004 and 2007.

He has been equally very active as a pedagogue, conductor and new music organizer in Canada and abroad.

Since 1995 he has been Professor of composition at McGill University and between 1996-2010 Music Director of the McGill Contemporary Music Ensemble. He has been regularly guest lecturer at several universities, conservatories and international festivals, as well as a contributor to radio programs and specialized periodicals in America and Europe. He has been guest to the Darmstädter Ferienkurse, the Kölner Hochschule für Musik, the Hochschule für Musik in Stuttgart, the Musikkonservatorium in Zürich, the Royal College of Music in London, the Trinity College of Music, the Moscow Conservatory, the University of Toronto, the Université de Montréal, the Escuela Superior de Musica (CENART) and the Conservatorio Nacional de Musica in Mexico, the Northwestern University, the Levine School of Music in Washington, the Peabody Conservatory and the Manhattan School of Music.

As a conductor, he has worked with the Ensemble Modern, MusikFabrik, Série B (Germany) Court-Circuit (France), the CAPUT Ensemble (Iceland), New Music Concerts, Soundstream, Esprit Orchestra (Toronto), the McGill CME, the Orchestre symphonique de Québec (OSQ), the Orchestre symphonique de Montréal and the National Arts Center Orchestra in Ottawa. He is has been regular Conductor in the 1990s of the Ensemble XXe siècle of the OSQ (of which he is the initiator) as well as a Special Counselor to the orchestra.

He is has been Artistic Director of the MusiOctober, MusiNovember and the high profile MusiMarch Festivals from 1999 to 2010 (McGill University with several partners, among them Orchestre symphonique de Montréal) and has been co-Artistic Director with Walter Boudreau of the biennale Montréal/Nouvelles Musiques from 2003 to 2007. During the late 1970s he was Program Director of l’Association de musique actuelle de Québec and between 1990 and 1993 on the board of directors of the KGNM (Kölner Gesellschaft für Neue Musik—Cologne new music society—). In the 1980’s he has toured Europe extensively as Sound Regisseur for Ensemble Köln. In 1991, Bouliane has founded the group Série B, a Cologne-based ensemble of 9 musicians who extend the acoustic potential of their resources through an array of new electronic instruments. He was co-Artistic Coordinator and Principal Conductor of the music festival Québec-Musiques-au-présent held in the spring of 1998, 1999 and 2000. He has also been co-Artistic Director of the Millennium Symphony, a large-scale work for 19 composers and 350 performers premiered at Oratoire St-Joseph in Montreal on June 3, 2000. Since 1995 he is co-Artistic Director with Lorraine Vaillancourt (Nouvel Ensemble Moderne) of the Rencontres de Musique Nouvelle (New Music Symposium).

Many of Bouliane’s works have been awarded prizes in national and international competitions (Prizes from the Canadian Broadcasting Corporation and from the Gaudeamus Foundation in Holland in 1982 for Jeux de Société, Prize of the Performing Rights Organization of Canada, for Douze tiroirs de demi-vérités pour alléger votre descente, among others). He was named composer of the year by the Canadian Music Council in 1983 and in 1987 was awarded the Léger Governor General’s Chamber Music Prize for A propos... et le Baron perché?. In 1985 the City of Cologne awarded him the “Förderpreis für Musik” and in 1989 Le cactus rieur et la demoiselle qui souffrait d'une soif insatiable won the orchestral prize of the international “Forum junger Komponisten” of the West German Radio (WDR). In 1991 he was the first composer given the Serge Garant Award of the Nelligan Foundation in Montreal for his musical achievements. In December 1999, he received the Opus Prize “Musical Personality of the year” awarded by the Quebec Music Council as well as a collection of many others since, putting forward his activities as organizer and promoter: “Musical Event of the year” for the Millenium Symphony in 2000, “Artistic Director of the year” and again “Musical Event of the year” for Montréal/Nouvelles Musiques in 2003.

Bouliane’s original stylistical approach, described by German musicologist Peter Niklas Wilson as the Music of Magic Realism, is akin to a virtuoso game of criticism bordering on stylistical mystification, following in the footsteps of Jorge-Luis Borges, Italo Calvino and Boris Vian. A subject of controversy in so-called avant-garde milieus, his music seems to lie at the crossroads between America and Europe, and at the center of debates on modernity and postmodernity. Bouliane is one of the Quebec composers to have most deeply reflected on and questioned his cultural heritage. Trained in Europe in Ligeti’s class, he remains however highly aware of his North-American roots, accepted for their spontaneity as well as their paradoxes. Without ever quoting anything, his music represents what he considers an “attitude” towards the sound world and the musical language. In this respect, one could find a filiation with Charles Ives.

He has embarked since the beginning of the 2000s in the composition of a large cycle entitled Gamache, the Saga of the Anticostians, proposing a quasi-mythical vision of an imaginary North-America's hidden history, at the crossroads of aboriginal and european cultures, based on the life and deeds of Louis Olivier Gamache, Anticosti island's lord and sorcerer, his ancestors and descendants. Until now four ensemble and orchestral pieces are already part of the cycle, which will develop in a series of operas.

(use the *Links provided)