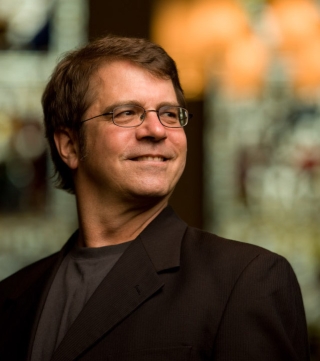 As part of our Schulich in Concert series, Professor Hank Knox will be performing a concert January 31st at 7:30 pm in Redpath Hall. To learn more about the background of the concert, we held an email interview with Hank.

What inspired the title of your concert, “Original and Happy Freaks”?

The title is taken from the description of Domenico Scarlatti's harpsichord sonatas found in Charles Burney's "A General History of Music, from the Earliest Ages to the Present Period", volume 4, published in London in 1789. Burney describes Scarlatti as "the most original and wonderful performer on the harpsichord, as well as composer for that instrument", and I loved the phrase. I also liked the phrase Scarlatti uses in the dedication to his publication of thirty sonatas, the "Essercizzi per gravicembalo" of 1738, where he describes the sonatas as "an ingenious Jesting with Art". Scarlatti left an impressive number of harpsichord sonatas. The catalogue of works compiled by Ralph Kirkpatrick includes 555 sonatas and a few more have come to light since that catalogue was compiled. Despite all sharing the same form (single movement sonatas in two, approximately equal halves), the sonatas display a tremendous variety of ideas and developments, and most take great delight in the physicality of 'play' at the keyboard. Scarlatti is not the only eighteenth-century composer to share this delight, and I have chosen some works by his contemporaries, Rameau and Bach, that display similar features.

If someone were to attend your concert, with no knowledge of early music, what are two things you would want them to know?

These pieces are remarkably well suited to the harpsichord: they are full of invention and wit that the bright, clear sound of the harpsichord and its precise attack brings to the fore. And along with the brilliant physical display, there are moments of profound emotion to be found in this music. Good stuff!

Tickets to this concert are available online.