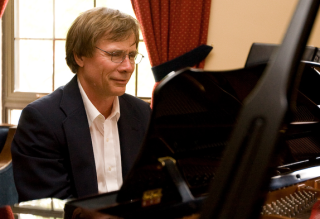 The Schulich School of Music enthusiastically announces the establishment of the Graham Sommer Competition for Young Composers, open to all Canadian composers under 35 years old.  The school will host the first edition of the competition in 2017, thanks to generous support from Dr. Graham Sommer, M.D. C.M. ’72.

Longtime McGill supporter and alumnus Graham Sommer, M.D., C.M.’72, has pledged $1 million to the University to fund a Canada-wide competition for young composers, providing an exciting forum for the creation of new musical works. The competition will be launched in 2017 to coincide with Canada’s 150th and Montreal’s 375th anniversary celebrations.

Support for the competition emanates from Dr. Sommer’s enduring passion for music which has resonated at McGill notably through the Dr. Graham Sommer Piano Fund, which supported the restoration of pianos in McGill residences and the purchase of a new piano for Douglas Hall.

Dr. Sommer has also directed his support to McGill’s Faculty of Medicine. In 2006, the Dr. Sommer International Scholarships in Medicine were established, awarded to outstanding international students in the MDCM program.

A native of British Columbia, Dr. Sommer was a graduate of McGill’s class of ’72 and pursued a successful career in academic radiology at Stanford University for 37 years before retiring in 2016 as Professor of Radiology, Emeritus. In addition to his ‘day’ job, Dr. Sommer is an accomplished classical pianist in his own right and a keen performer who has written a number of compositions.

The inaugural Graham Sommer Competition for Young Composers will be launched in Spring 2017 and will be open to Canadian composers 35 years of age or younger. More details about the competition and information about submissions will be available later this fall.