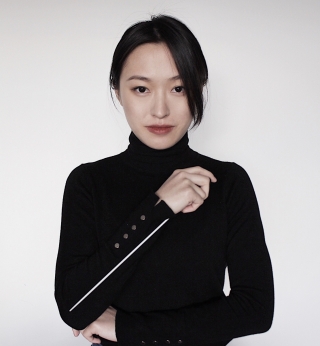 Kelly Lin (BMus '18, MMus '20, MMus '22) has been awarded the third annual Hnatyshyn Foundation – Christa and Franz-Paul Decker Fellowship in Conducting! Launched in 2017 in honour of the late conductor Franz-Paul Decker and his wife, Christa, this $15,000 fellowship is the result of a collaboration between the Schulich School of Music, the Decker family, and the Hnatyshyn Foundation, a charity founded by Canada’s twenty-fourth Governor General to support the development of young artists. All incoming Canadian students to the Schulich conducting program are considered for the Fellowship, which can be used to support tuition, expenses, and independent projects.

Kelly Lin is a Canadian conductor and concert pianist who enjoys an active career performing internationally throughout North America, Europe, and Asia. Among her recent piano engagements include recitals with the Oasis Musicale Concert Series in Montreal and the Steinway City Hall in Guangzhou, China. She was also a participant of the Miami Music Festival. She holds a bachelor and master’s degree in piano performance from McGill University’s Schulich School of Music where her teachers were Marina Mdivani and Sara Laimon. As a conductor, Kelly has worked closely under the mentorship of Guillaume Bourgogne and Alexis Hauser and has studied conducting in the United States and Hungary, conducting the Missouri Symphony Orchestra and the Szolnok Symphony Orchestra in concert and rehearsals. This coming fall, Kelly will pursue her graduate studies in conducting at the Schulich School of Music. She is also the recipient of Graduate Excellence Fellowship and Verna-Marie Parr Gélinas and Paul-Marcel Gélinas Scholarship.

"Kelly Lin’s talent is truly exceptional. I had never seen before anyone else capable of becoming a conductor in just one year! Miss Lin’s conducting is magnetic, captivating and inspiring.” - Prof. Guillaume Bourgogne

You can learn more about Schulich’s conductings program here. Congratulations to Kelly! We can't wait to see what else her career has in store.