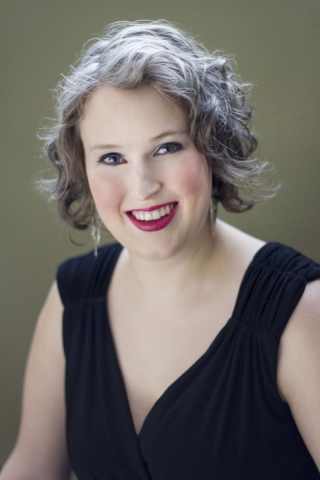 The winner of this year’s Eleanor Stubley Recording Prize is soprano Elodie Bouchard (MMus ’19), who will collaborate with recording engineer Ephraim Hahn (MMus '19) and lutenist Anthony Harvey on the project “17th century music for lute and voice”.

The project, which consists of producing an album of rarely performed music for lute and voice, will feature pieces known by different names depending on their country of origin: ayres or songs in England; air de cour in France; and monody in Italy. Including Monteverdi’s Lamento d’Arianna, a staple piece of the period, the album will also explore the music of composers such as Moulinié, Campion, D’India and Caccini.

For the occasion, lutenist Anthony Harvey will perform on three different lutes: the archlute, the theorbo, and the renaissance lute. A harpsichord will also be added will also be added to the Lamento d’Arianna to enhance the piece’s expressive nature.

The Eleanor Stubley Recording Prize was established by the late Professor Eleanor Stubley in 2016 to facilitate excellence and innovation in musical performance and creation. It is awarded by a committee established by the Dean of the Schulich School of Music to an outstanding graduate student in a performance, composition or conducting program at the Schulich School of Music for a transformative recording project.

The Quebec-native soprano Elodie Bouchard earned her bachelor’s degree and master’s degree in voice performance from Université de Montréal. Since September 2017, she has been dedicating her energy to specializing in baroque music thanks to the Early music master’s program at McGill’s Schulich School of Music. She has received the Wirth Family Fellowship in music as well as an excellence award. Recently, she has taken the stage in the role of Ginevra in Handel’s Ariodante, and then in the role of Alcina in Schulich’s production of La liberazione di Ruggiero dall’isola d’Alcina