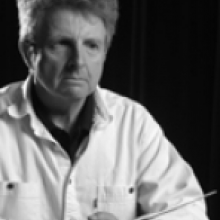 Winner of the Koussevitzky Conducting Prize of the Boston Symphony Orchestra at the Tanglewood Music Festival in 1974, Alexis Hauser has established an international conducting career with numerous appearances in Europe, North and South America, and the Far East.

A native of Vienna, Hauser studied conducting with Hans Swarowsky at the Universität für Musik und darstellende Kunst in Vienna, where he graduated with distinction in 1970. His other teachers include Frieda Valenzi (piano), Nikolaus Hübner (violoncello), Reinhold Schmid (choral direction) and Friedrich Cerha (contemporary music practice). Other conducting studies were with Franco Ferrara at the 1969 Accademia Chigiana in Siena, Italy, and with Herbert von Karajan at the 1970 Summer Academy Mozarteum in Salzburg. In 1977, he became the winner of the First International Hans Swarowsky Conducting Competition in Vienna.

Hauser made his professional debut with the Austrian Tonkünstler Orchestra in 1970 in Vienna's Großer Musikvereinssaal, and, during the next six years, he conducted numerous concerts with that orchestra in Austria and on tours in Germany. His debut in the United States took place in 1975 with the Atlanta Symphony, soloist Itzhak Perlman, followed also in that same year by his opera conducting debut at the New York City Opera, whose ensemble he conducted at Lincoln Center and on the annual spring tour to the Kennedy Center in Washington, DC.

His first appearance in Canada in 1976 with L'Orchestre Symphonique de Montréal was so successful that he was immediately engaged for more concerts. From 1981 until 1988, Hauser served as Artistic Director of Orchestra London Canada and brought this orchestra, in a very short time, to international recognition with its first and highly acclaimed European tour in 1982 and by an International Gustav Mahler Festival and Symposium in 1986, with performances of the "Symphony of a Thousand" (attended by experts from all over the world, including Henry Louis de la Grange). In Canada, Hauser secured additional prominence with his orchestra through recordings and live broadcasts for the CBC. These began in 1983 and increased in frequency after each consecutive season. Twice he received the Award of Merit of the Canadian Performing Arts Organization, "for innovative programming of contemporary music."

A passionate teacher as well, Maestro Hauser has always taken a special interest in working with young musicians, and he has directed conducting workshops at the Royal Conservatory in Toronto and at the Universität für Musik und darstellende Kunst in Graz. He has also conducted concerts of the Juilliard Orchestra and the Manhattan School of Music Orchestra in New York City; the Chicago Civic Orchestra (the training body of the Chicago Symphony) and the St. Louis Philharmonic. From 1995 to 2000, he spent nearly three months each year with the orchestra of Japan's largest music university, the Kunitachi College of Music in Tokyo. His interpretation of Mahler's "Sixth Symphony" in Suntory Hall in December 1997 received sensational press reviews and led to the publication of several CDs. In August 2000, he conducted the International Richard Strauss Conducting Workshop in Burgos, Bulgaria.

Since 1999, Hauser has also conducted the Ensemble Vienna Collage, a group of musicians made up from the Vienna Philharmonic and devoted to contemporary music. Future engagements include, among others, the Pittsburgh Symphony Orchestra.