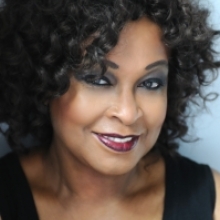 Ranee’s impressive discography is filled with masterworks: “The Musical, Jazz on Broadway”, being one of them, was a successful marriage of jazz standards and the music of Broadway. In 1994 and again in1995, Ranee received the Top Canadian Female Jazz Vocalist Award presented by Jazz Report magazine. Her album “I Thought About You” was the first nominated recording for a Juno Award in the Best Mainstream Jazz category in 1995. In March 2003 Ranee received her third JUNO nomination for “Maple Groove: Songs From The Great Canadian Songbook,” featuring selections from some of Canada’s greatest songwriters. Throughout her career Ranee has performed with many jazz notables, including Clark Terry, Bill Mayes, Herbie Ellis, Red Mitchell, Milt Hinton, Oliver Jones, Terry Clarke, John Bunch, George Arvanitas, to name a few. Lee is no stranger to the road; she has toured with her own group throughout America and has played at many prestigious jazz festivals, most recently the Montreal International Jazz Festival and the Canada Capital festival in Sao Paulo. Ranee has toured throughout all of Spain and France, and other Scandinavian countries, as well as England.

For outstanding service to jazz education, at the twenty-first IAJE conference in January 1994, Ranee received the International Association of Jazz Educators Award. As an educator, Ranee has been part of the University of Laval faculty in Quebec City for twelve years, and The Schulich School of Music of McGill University faculty for over twenty years. On April 23rd, Ranee was given the award in the category for Arts and Culture and on October 4th 2007 an award for appreciation and contribution to the development of the McGill Jazz Program by the McGill Schulich School of Music.

In April 2010, Ranee won the JUNO “ Vocal Jazz Album of the year 2010” for the recording of “Ranee Lee Lives UPSTAIRS”