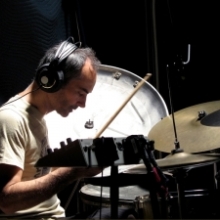 After studying at the Conservatoire de Musique de Québec, Michel Lambert’s fascination with drums and composition inspired him to pursue his education at Berklee College in Boston, where his professors included John La Porta, Herb Pomeroy, and Greg Hopkins. Since ‘82, different projects have taken him to Europe, across Canada, the U.S. and Asia. He has recorded in several countries and performed with such artists as Gary Burton, Dewey Redman, Barre Phillips, and Paul Bley, to name a few.

Together with Reg Schwager their record label, Jazz from Rant, has been documenting their music since 1991.