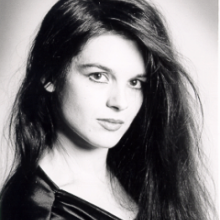 Dana Nigrim has studied music and piano in Brasov, important cultural center of Romania, with rich artistic traditions where she grew up in a distinguished cultural and musical milieu, her grand father having been a known writer and her mother an appreciated dramatic soprano, with whom she had the opportunity to develop a deep knowledge of the voice repertory.

Through the quality of her playing, she has been awarded top prizes in the most important national piano competitions, affirming her reputation as one of the most talented Romanian pianists among the finest musicians of her generation.

As concert soloist she has performed many solo recitals and concerts with orchestra and given many chamber music recitals and collaborated with internationally known singers and instrumentalists.

She was official accompanist fro McGill, NATS, for Quebec finalists at Canadian Music Competition, accompanist and coach for Canadian Vocal Institute program (ICAV), AIMS, Britten&Pears, Opera Nuova, Jeunesses musicales of Canada and has been invited as jury member at several Voice and piano competitions, such as Voice Competition of Trois-Rivières Orchestra and National Music Competition in Romania.

She is co-founder of Montreal Lyric Ensemble (Ensemble Lyrique de Montréal), as Artistic Director organizing opera productions in concert and other musical projects.