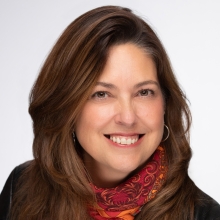 Ms. Lamothe has over 25 years of experience in the competitive digital and consumer products world (Google, L’Oréal, Procter&Gamble). She is best noted for her expertise in Global Product Management and Digital Transformation. Ms. Lamothe is a Professor of Practice at McGill University (Desautels Business Faculty) and sits on the Bensadoun School of Retail Management (BSRM) Advisory Board. She is the President of Tandem International, an advisory firm specializing in global omnichannel scalability. From 2014 to 2018, she was a Managing Director at Google Canada where she helped brands and retailers harness technology to scale their businesses in Canada and Internationally. She held several executive positions at L’Oréal between 2002 and 2014, from International Marketing Director in France, to Chief Marketing Officer and Chief Corporate Communications Officer in Canada.

Ms. Lamothe serves on the NBC Disruptor 50 Advisory Council. Since 2016, she has been appointed by the Treasury Board of Canada to the Audit Committee for Ministries such as Employment and Social Development Canada (ESDC) and nominated by the Canadian Revenue Agency (CRA) Commissioner to its external advisory panel on service. Mrs. Lamothe was also appointed to the 2017 Advisory Council on Economy and Innovation for the Government of Quebec and was a Member of Canada 150 Research Chairs Multidisciplinary Review Panel which aims to award research chair positions to Canadian universities and enhance Canada’s reputation as a global center for science, research and innovation excellence.

Since her return to Canada, Ms. Lamothe has been awarded the Desautels Achievement award by McGill University, which recognizes individuals who serve as role models for students in their education, career, and philanthropic contributions. She received an honoree diploma from the University of Montreal for her contribution to the advancement of our society. The Boardlist named her among the Top 10 women in tech in Canada, InfoPresse nominated her as a Personality of the Year in Quebec. She was also recognized among Canada’s Top 100 Most Powerful Women in the Financial Post and Canada’s Marketers of the Year by Strategy magazine. Forbes Magazine and Social Media Magazine (US) recognized her among Top Marketing Minds To Follow on social media in North America and Canadian Business magazine nominated her among Canada's 40 Global Leaders.

Ms. Lamothe is a graduate of Mathematics & Economics with honors from the University of Montreal and from INSEAD's L'Oreal's Executive Management program, with program certifications from MIT Sloan & MIT CSAIL Artificial Intelligence: AI Implications for Business Strategy (2020), from Said Business School Oxford University in Cybersecurity for Business Leaders (2021), and from NASBA (National Association of State Boards of Accountancy) in Assessing Cybersecurity Risks (2021).

Retail Management: Consumer behaviours, emerging trends, technologies and financial approaches to sustainability, and how they can lead to retail innovations that can significantly improve operational efficiencies, competitiveness, customer satisfaction and provide foundation for a better society.

Retail Management: Exploration of emerging trends, consumer behaviour and technologies and how they can lead to retail innovations that can significantly improve operational efficiency, customer satisfaction and provide a foundation for a sustainable and improved society.

How to Implement an Open Organizational Strategy (Podcast)