32 Finalist teams competed in the first ever online Finals for over $200,000 in prize money!

Join the Dobson Centre community and be the first to hear about our program updates.

The McGill Dobson Centre for Entrepreneurship has grown considerably since its founding in 1988 under the late John Dobson, BCom’49, a known advocate for free enterprise and entrepreneurship. The Foundation has continued to offer financial support to advance the Centre's efforts, including a $2 million gift to support the McGill X-1 Accelerator in 2017 and a $3 million gift in July 2020.

Others in the community have also stepped up to support the Dobson Centre's programs and initiatives, including Mr. Avrum Morrow, the Mastercard Foundation, the Murdoch Family, National Bank, Interac and many others.

The Dobson Centre has been recognized for its commitment and excellence by securing a spot in UBI Global’s Top 20 University Business Incubators for 2019–20.

McGill University was recognized in the 2020 PitchBook University rankings as the #1 Top ranking undergraduate program in Canada for entrepreneurs, ranking 30th globally, and as a leading learning institution specifically for Female Founder, placing 18th alongside top schools from around the world.

THE DOBSON COMMUNITY IN NUMBERS (June 2020) 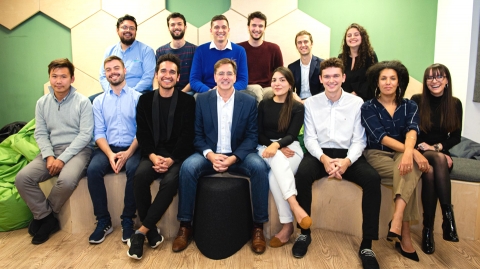