Théadora Sauvé (BCom’22) believes that the power of the Law can be a powerful tool in making peace. The 2022 Valedictorian has plans to study Law at McGill, and was recently named one of 11 purposeful women leaders who are positively impacting the world. Sauvé has taken on a leadership role with Million Peacemakers, a youth initiative that seeks to co-create a culture of peace.

Spotlight on EMBA Scholarship for Managers of Indigenous Origin recipients

Kimberly Quinn (BA’99, BA’01, EMBA’21) was on the lookout for new opportunities to learn when she came across the McGill-HEC Montréal Executive program, which stood out for its bilingual structure and its Scholarship for Managers of Indigenous Origin.

When Louis Morissette (BCom’95) was studying at Desautels, he was also performing in comedy shows. And when he went to the École Nationale de l’humour, he found himself wondering what the business plan for comedy could be.

In the years since then, he’s figured it out. Morissette is the co-founder and President of the production company KOTV and has been an actor and producer for television and film. 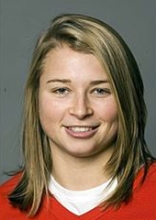 The McGill Sports Hall of Fame is honouring Desautels graduate Ann-Sophie Bettez (BCom '11) as part of its Class of 2022. Bettez’s induction follows a decorated university hockey career in which she was named the CIS rookie of the year as a first-year student, and Canadian university hockey player of the year as a senior. That same year, Bettez was also McGill's top female athlete and won the BLG Award as Canada’s top female student-athlete. 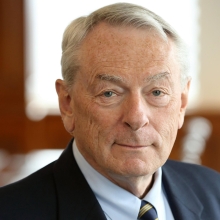 After more than forty years with the IOC, Dick Pound is retiring

While he was still a law student, Dick Pound (BCom’62, BCL’67) competed in the 1960 Olympics in Rome. But that was only the beginning of the Desautels alumnus’ decades-long involvement in the Olympic movement. Pound was elected to the International Olympic Committee in 1978, and is now its longest-serving member.

Women in Communications and Technology celebrated its 30th anniversary with a gala event that recognized the contributions of leaders who have championed women in Canada’s innovation industries. Among those honoured at the event was Liette Vigneault (EMBA’18), who received the WCT Leader award, which recognizes exceptional contributions to the organization.

When The Producers launched on Broadway in 2001, it took home the Tony Award for Best Musical. Its French adaptation repeated the feat at this year’s Molière awards, which recognize achievement in live French theatre. In Les Producteurs, Serge Postigo (EMBA’15) plays the lead role of Max Bialystock, a theatrical producer who seeks to get rich by convincing investors to back a play that’s all but certain to flop – only to find himself with an unexpected hit on hands.

Théadora Sauvé’s classmates pushed her to become a better student, and Sauvé’s hard work was be recognized at the Spring 2022 Convocation, where she gave the valedictory address. The Bachelor of Commerce grad is preparing to study law at McGill, but when she came to university, this path was not yet clear.

Russia’s attack on Ukraine was not unexpected, but its scale surprised many. “There was a common expectation of escalation in the East and the South,” says Mykhaylo Petechuk (MBA’13), who has worked for McKinsey & Company in Ukraine. “But no one expected the launch of missiles into every region of the country.” 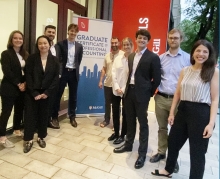 Environmental pressures are one factor in the increased probability of pandemics

Joanne Liu (MDCM'91, IMHL'14, DSc'16) is no stranger to health emergencies. The physician and former International President of Médecins sans Frontières is leading McGill’s efforts to prepare for future health emergencies. As the director of the Pandemic and Health Emergency Readiness Lab, Liu is seeking to develop solutions to current crises and prepare for future ones. 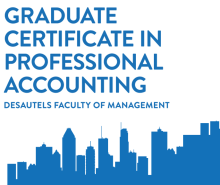 The second week of May marks the start of the Graduate Certificate in Professional Accounting (GCPA) Program for a new cohort of 50 students. Forty-five of the incoming students are McGill University Bachelor of Commerce graduates, while the remaining join the program from other Canadian Universities.

To celebrate the Class of 2022, McGill University will award 14 inspirational individuals⁠ honorary degrees — the highest order it can bestow — at the Spring 2022 convocation. Desautels alumnus Lawrence S. Bloomberg, C.M., O.ONT (MBA’65) will receive a Doctor of Laws, honoris causa (LL.D.) during the Faculty’s ceremony on June 1, 2022. 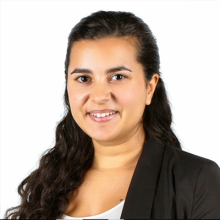 Involved in community service since as early as high school, Mariel Langlois (MBA’20) worked in advertising and media for years before enroling in the Desautels’ MBA program to pivot her career as she developed a growing interest in sustainability and social impact.

Psychological safety in the workplace

In a two-part series in Forbes, Prof. Karl Moore and Lainie Yallen (BCom’18) explore psychological safety in the workplace.